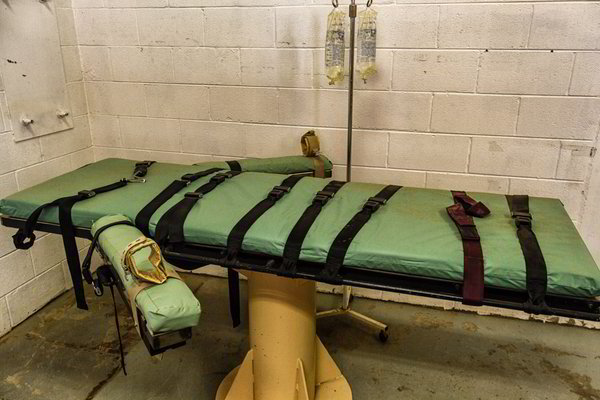 The Idaho House of Representatives passed a bill Thursday that would provide confidentiality to suppliers and manufacturers of lethal injection drugs.

House Bill 658 is intended to provide “legal protection from discovery or disclosure for certain persons and entities to carry out the death penalty.” The bill would provide confidentiality to any individual or entity that “compounds, synthesizes, tests, sells, supplies, manufactures, stores, transports, procures, dispenses, or prescribes the chemicals or substances for use in an execution or that provides the medical supplies or medical equipment for the execution process.”

According to the legislation’s statement of purpose, the current absence of confidentiality makes it “impossible” for the state to administer the currently approved means of the death penalty. At a hearing on February 17, Idaho Department of Correction Director Josh Tewalt stated: “[T]he state does not have the material ability to carry out an execution. We have been unable to secure the necessary chemicals and potential suppliers have expressed concern that the language in our administrative rule is insufficient to protect their identities.”

The House passed the bill by a vote of 38-30. To become law, the bill must also pass the Idaho Senate and Governor Brad Little must then sign the bill into law.

However, lethal injection has come under scrutiny within the past several years. Under former President Trump’s administration, twelve federal inmates were put to death. In January, the Supreme Court added Nance v. Ward to its docket, a case which raises the issue of whether a prisoner can be executed by means that are not authorized by statute when the authorized means of execution, lethal injection, is potentially unconstitutional.