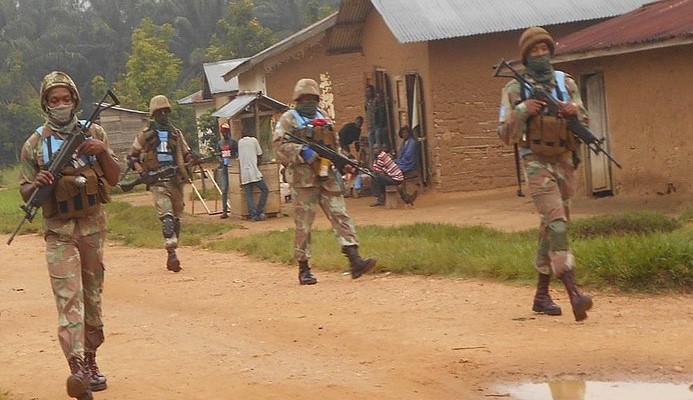 The International Court of Justice (ICJ) ruled Wednesday Uganda must pay $325 million in reparations to the Democratic Republic of Congo (DRC) for its involvement in the Ituri conflict two decades ago.

In 2005, the ICJ ruled Uganda violated international law by engaging in military activities in the DRC after occupying the latter’s northeastern Ituri province. Uganda was held responsible for the killing and torture of civilians, destruction of entire villages, training child soldiers, inciting ethnic conflict, and plundering of natural resources. In 2015, the ICJ decided it would also determine the quantum of reparations since the parties failed to agree on the matter. The DRC claimed a total of $13.4 billion in damages and requested Uganda be required to investigate and prosecute the soldiers involved in such violations. Meanwhile, Uganda refused to pay any amount beyond damages for the injuries that could be proven to result from its “specific actions,” stating the 2005 decision on its international responsibility was an “appropriate form of satisfaction.”

In noting that Ituri was among the “most complex and deadliest armed conflicts” in Africa, the ICJ also found that Uganda was responsible as an occupying power for “full reparations” resulting from the actions of its armed forces and rebel groups in Ituri. However, they did stipulate that they are not responsible for areas where armed forces of other countries (like Rwanda) also operated. The ICJ considered the evidence gathered by UN bodies and a committee comprising experts in peace, resource conflicts, and accounts. They also set a lower standard than was required in 2005, given the loss of evidence over the decades.

Although the DRC claimed $4.3 billion in personal damage, including 10,000-15,000 deaths and “significant” injuries, displacement, training of child soldiers and sexual violence, the ICJ found Uganda liable for $225 million for the same, even though the 2005 judgment did not expressly find Uganda responsible for acts of sexual violence. Uganda was liable for $40 million for damage to property as against the DRC’s claim of $239 million and $60 million in damage to natural resources such as gold, diamond, coltan, timber, coffee, and some parts of the Okapi Wildlife Reserve and Virunga National Park that fall within Ituri as against a $1 billion-claim.

However, since a “causal nexus” between Uganda’s actions and damage to the economy could not be established, the DRC’s claim of $5 billion for macroeconomic damage was rejected. The ICJ found there was no basis for granting a claim of $125 million for “non-material harm.” There was also no need for the ICJ to order Uganda to undertake investigations since it was already obligated under international law.

The Ugandan foreign minister said in a statement Thursday that the judgment, like its 2005 predecessor, was “unfair and wrong.” The amount is to be paid in five installments of $65 million each.