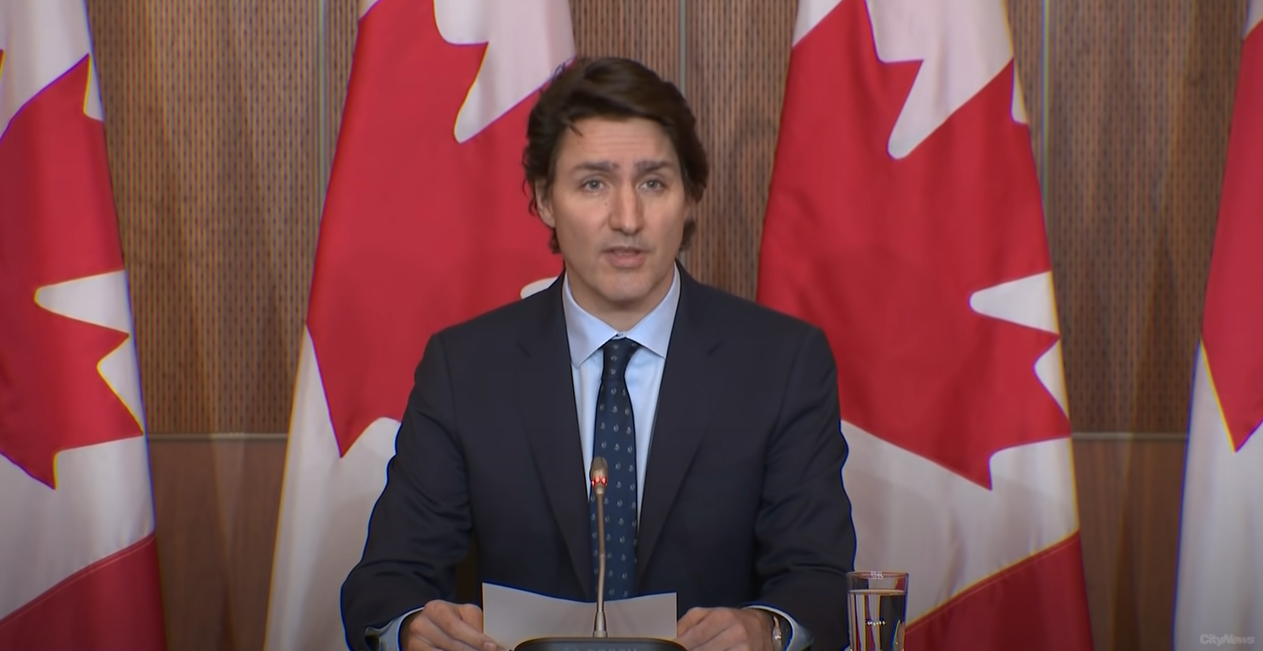 Law students from the University of Ottawa are filing dispatches for JURIST in the aftermath of the “Freedom Convoy” protests that paralyzed Canada’s capital for some three weeks and disrupted trade and cross-border traffic across the country. Here, 1L Mélanie Cantin reports.

After passing by a comfortable margin of 34 votes in the House of Commons just three days ago, the motion on the invoking of the Emergencies Act to address the Freedom Convoy protests was withdrawn yesterday by Prime Minister Justin Trudeau.

Canada’s Senate had just begun its debates on the matter and has since been directed to abandon the task of voting on the motion passed by the House on the initial invocation. The announcement drew positive reactions from Conservative senators in particular. The party’s interim leader and MP for Portage-Lisgar in Manitoba Candice Bergen was quick to respond in an evening media release: “Today’s announcement is proof that the Prime Minister was wrong when he invoked the Emergencies Act. The Conservative Party knew it was wrong. Experts knew he was wrong. Canadians knew he was wrong.”

The revocation of the Act allegedly comes in response to government consultations with various police forces, in which many confirmed that the out-of-province manpower they had acquired through the Act was no longer needed to continue managing the Convoy situation. The Ottawa Police Service stated that the Act helped them manage and end the Convoy’s activities in the nation’s capital.

This rapid succession of unprecedented political and legal events in the last few days has elicited a number of important questions about the ways various government powers interact with the rights and freedoms set out in the Canadian Charter of Rights and Freedoms. Even before Trudeau invoked the Act on February 14th, the international notoriety of the Convoy protest fueled such discussions among experts and average citizens alike.

On the political side of things, although popular discourse might very well move on to more pressing international news, the Act is certainly far from having faded back to its former lack of mainstream presence. Although Trudeau announcement its revocation, two crucial reviews still need to occur per the Act to truly cross the Ts and dot the Is when it comes to putting the situation behind us.

First, per section 62 of the Act, a specially established House and Senate committee must privately review the declaration of emergency and submit a report with their findings. They must specifically examine “the exercise of powers and the performance of duties and functions pursuant to a declaration of emergency.” This committee has to include at least one House of Commons member from every party that holds twelve or more seats—the committee would thus have to include at least one Liberal, one Conservative, one New Democrat, and one Bloquiste (of the Bloc Québécois).

Second, per section 63 of the Act, the Governor in Council (i.e., the Governor General of Canada on the advice of Cabinet) must conduct an inquiry “into the circumstances that led to the declaration being issued and the measures taken for dealing with the emergency.” They must do so within 60 days following a revocation of a declaration of emergency, and a report detailing the results of the inquiry must be presented to the House and Senate within 360 days.

This latter process especially may bring some level of satisfaction even to disgruntled Convoy supporters in light of their Road Map to Freedom. This is a list of demands the Convoy has for the federal government. Organizers read it out loud in a video posted on February 16th to the Freedom Convoy Facebook group. The demands, read by organizer Tamara Lich, include a public inquiry into government responses to COVID-19. While the inquiry required by the Act would pertain specifically to the Act’s invocation and not necessarily to COVID-19 restrictions, there seems to be some overlap between it and what Convoy supporters are petitioning to have examined in such an inquiry. “We need to know what went wrong, what caused government to so easily trample our rights and freedoms, and cause so much harm to our people and our nation,” Lich read. Examination of “the circumstances that led to the declaration” of emergency will likely include a lengthy discussion of rights and freedoms in Canada in the context of the Freedom Convoy protest.

Law moves slower than politics, news, and the general public’s conversations. Therefore, it is probable that Canadian courts will be grappling with the fallout from the events of the Act for some time. This seems especially so in light of the fact that the government of Alberta, the Canadian Civil Liberties Association (CCLA), and the Canadian Constitution Foundation (CCF) have all confirmed that they will be proceeding with their constitutional challenges of the Act despite yesterday’s revocation.

“We’re still proceeding with our challenge because it’s really important that the Prime Minister answer in court for his unlawful invocation of the Emergencies Act. […] It’s imperative that the first time this legislation ever be used that it receives scrutiny,” said the CCF’s Litigation Direction Christine Van Geyn in a video posted yesterday to the foundation’s YouTube channel.

Beyond its constitutional challenge, the CCF is also applying for judicial review of the Act’s invocation itself, alleging that Trudeau did not have reasonable grounds to invoke it at all. The CCF wants this proceeding heard urgently and to have it joined with the challenge being brought forward by the CCLA. The CCF’s Notice of Application was filed yesterday with the Federal Court and is available online.

As more information becomes available, JURIST will continue providing details and analysis on these and other ongoing matters related to the Freedom Convoy protests.