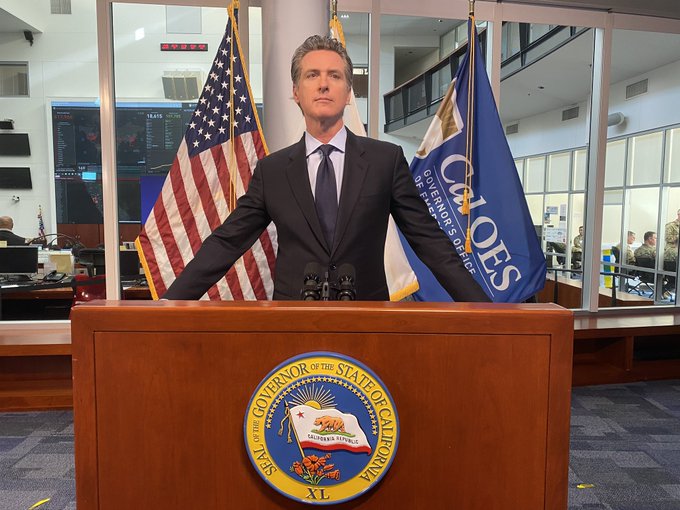 JURIST is launching a new series of dispatches from major US states written by JURIST correspondents “on the ground” in those jurisdictions. JURIST Operations Director Ram Eachambadi files this report from Los Angeles.

A day after the US Supreme Court’s refusal to block Texas Senate Bill 8 (SB8) for the second time, California Governor Gavin Newsom responded Saturday by directing his staff to work with the legislature and California Attorney General Rob Bonta to draft California’s own version of SB8 that would authorize private citizen suits against manufacturers, distributors and sellers of assault weapons, or ghost gun kit or parts.

Newsom has been a roll since convincingly surviving a recall effort against him in September. The re-energized governor has gone on the offensive, signing numerous bills and passing orders to address the state’s homelessness crisis, police misconduct, historical injustices suffered by California’s Black entrepreneurs and the Native American community, and the continuing COVID-19 crisis.

This tit-for-tat directive against Texas SB8 is the latest of the bold moves Newsom has taken and responds directly to the Supreme Court decision last week. It seems the governor is looking to test the consistency of the Supreme Court in its quest to limit constitutional rights and is daring the Court to issue a hypocritical decision here insofar as guns are concerned.

SB8, signed by Texas Governor Greg Abbott in May, bans abortion when an ultrasound can detect a “heartbeat,” which is often before a woman even knows she is pregnant. The law also empowers “the general populace at large” to sue not just abortion providers, but anyone else who helps a woman seek access to abortion—including a cab or Uber/Lyft driver giving a woman a ride to the clinic or someone providing financial assistance to obtain an abortion. Private citizens who bring these suits under SB8 do need to show any connection to the defendants and there are no exceptions for cases involving rape or incest. The law became effective at the end of August.

The Supreme Court denied a request for injunctive relief filed by Whole Woman’s Health and others (“plaintiffs”) in September to prevent the law from taking effect, pointing to a representation from the state of Texas that “neither it nor its executive employees possess the authority to enforce the Texas law either directly or indirectly” and stated that it is unclear whether precedent permits it to issue an injunction against state judges presiding over a Texas lawsuit.

Both the decisions invited scathing dissents from Justice Sonia Sotomayor and Chief Justice John Roberts who criticized the massive breadth afforded to private citizens in enforcing SB8 and “the breathtaking act of defiance—of the Constitution, of this Court’s precedent…” Justice Elena Kagan in her dissent in the first suit also criticized the majority for passing its order “Without full briefing or argument, and after less than 72 hours’ thought” while Chief Justice Roberts joined Justices Sotomayor, Kagan, and Breyer in arguing that state-court officials and the attorney general are fair game in a pre-enforcement challenge against SB8.

The decision also invited severe criticism from academic commentators who described the decision as “radical,” and having “incredibly ominous implications for the ability of federal courts to strike down state laws that interfere with our constitutional rights, and more importantly for the ability of those whose rights are violated to actually have their day in court.”

Newsom had his own fair share of words on the decision and explained his directive to authorize private citizen suits against gun manufacturers and distributors:

“I am outraged by yesterday’s U.S. Supreme Court decision allowing Texas’s ban on most abortion services to remain in place, and largely endorsing Texas’s scheme to insulate its law from the fundamental protections of Roe v. Wade. But if states can now shield their laws from review by the federal courts that compare assault weapons to Swiss Army knives, then California will use that authority to protect people’s lives, where Texas used it to put women in harm’s way.

I have directed my staff to work with the Legislature and the Attorney General on a bill that would create a right of action allowing private citizens to seek injunctive relief, and statutory damages of at least $10,000 per violation plus costs and attorney’s fees, against anyone who manufactures, distributes, or sells an assault weapon or ghost gun kit or parts in the State of California. If the most efficient way to keep these devastating weapons off our streets is to add the threat of private lawsuits, we should do just that.”

Many academic and legal commentators have commended Newsom for this directive, with UC Berkeley law professor Khiara Bridges commenting: “The governor’s pledge to pass a law restricting assault weapons through private litigation is exactly the kind of legal gambit that constitutional scholars have predicted since the Supreme Court majority declined to block the Texas abortion law.”

California Assemblyman Marc Levine added: “If the Supreme Court acknowledges that these types of laws are constitutional, California should exert every power necessary to protect human life…We need to have the premier leader in the state, the governor, leading on these very challenging issues.” Levine, an author of multiple bills on gun restrictions, noted that he has been approached by a number of his constituents about the potential for California to “pull an SB8” on guns in the state.

But Bridges is predicting that the Supreme Court will in fact act hypocritically on gun rights: “We have six justices, and it’s looking more like five these days, who like gun rights and don’t like abortion rights…They’re willing to disregard some precedent while venerating other precedent. I have no doubt whatsoever that the Supreme Court will find some bizarre, disingenuous argument to distinguish gun rights from abortion rights.”

Whether or not Bridges’s prediction comes true, one cannot help but admire Newsom’s boldness and California’s resolve in responding directly to the Supreme Court decision with such a measure in its fight against gun violence, and in sending an implicit message that California will serve as sanctuary state for women seeking abortion. It will also be interesting to see if and how Newsom’s staff, Bonta and the legislature pay heed to Bridges’s prediction and whether they try to close any and all loopholes that the Supreme Court’s conservative majority may use to carve out an exception on gun rights in contrast with abortion rights.