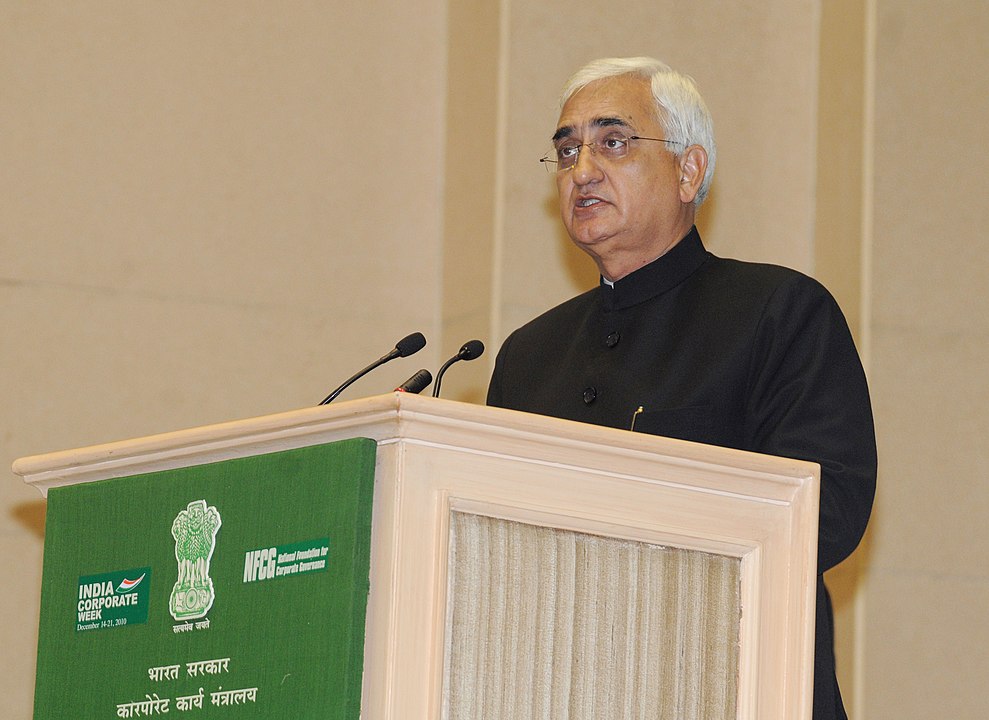 A criminal complaint was registered Friday against Indian politician and former union minister Salman Khurshid over statements made in his recent book ‘Sunrise over Ayodhya-Nationhood in our times.’ The complaint has been filed under Sections 153 and 295A of the Indian Penal Code on the grounds of hurting religious sentiments.

The complaint was filed by a lawyer, Bharat Sharma, at a Jaipur police station and alleged that Khurshid had hurt religious sentiments of Hindus by comparing Hindutva (or Hindu nationalism) with radical terror groups such as ISIS and Boko Haram. Khurshid’s book on Ayodhya and the Ram Janambhoomi dispute created an uproar upon its release last week. In chapter six, titled ‘Saffron Sky,’ he writes:

Sanatan dharma and classical Hinduism known to sages and saints was being pushed aside by a robust version of Hindutva, by all standards a political version similar to the jihadist Islam of groups like ISIS and Boko Haram of recent years. Since the political content was clear, the term inevitably found place in election campaigns.

Two Delhi lawyers have also filed a criminal complaint against Khurshid, accusing him of “legitimising the radical elements of ISIS by creating an artificial equivalence with Hindus” and promoting enmity between Hindus and Muslims in the country. The police will now be required to investigate this matter and determine whether to proceed against Khurshid.

On his part, Khurshid has rebutted the allegations made in the police complaint, saying that his book is meant to promote Hindu-Muslim unity and make readers understand that the recent Supreme Court judgment on the Ram Janambhoomi dispute is “a good verdict.”

Meanwhile, Hindutva groups have begun calling for the banning of the book for “demonising the Hindu religion.” Vishnu Gupta, the President of Hindu Sena, has filed a suit before the Patiala House court seeking a prohibitory injunction to stop the publication, sale, circulation, and distribution of the book.