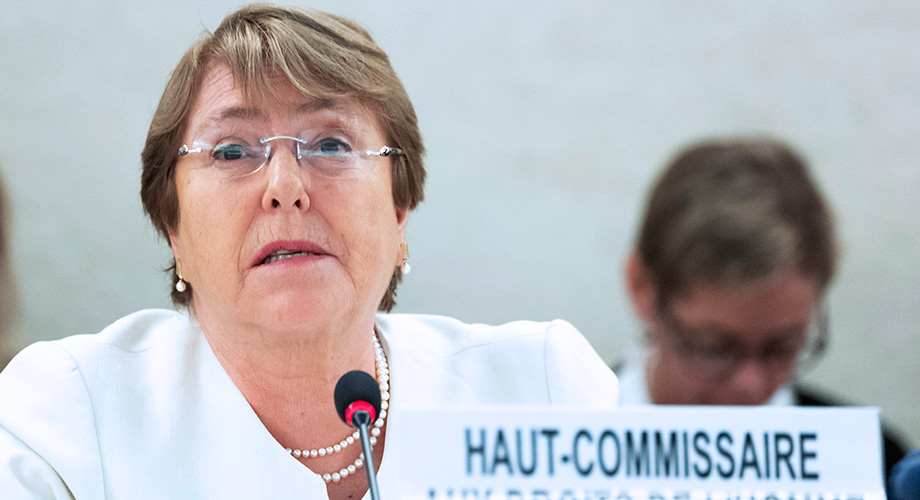 UN High Commissioner for Human Rights Michelle Bachelet told the Human Rights Council in Geneva on Friday that she continues to be alarmed by “persistent allegations” of widespread and systematic torture of protestors in Belarus.

She called on Belarus’ neighbors to protect asylum seekers after four people died near the Polish border last week amid a surge in illegal migration across the European Union’s eastern frontier. She said that the migrants and asylum seekers are entitled to food, water, and medical care and that any asylum claims should be examined individually.

Bachelet noted the severe restrictions on fundamental freedoms that have continued in Belarus since the re-election of President Alexander Lukashenko in August last year.

This comes after the European Court of Human Rights asked the Polish and Latvian governments to intervene to help migrants camped on the Belarus border last month. Neither Latvia nor Poland is allowing the migrants, who are mostly from Iraq and Afghanistan, into their countries. The Baltic states have accused Belarus of using the migrants as a political tool for revenge for sanctions placed on them by the EU.

Bachelet told the UN Human Rights Council that she “reminds all governments that under international law, no one should ever be prevented from seeking asylum or other forms of international protection.”