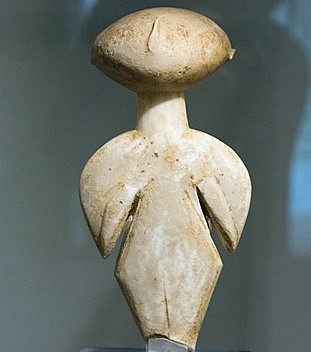 The US District Court for the Southern District of New York ruled on Tuesday that Turkey cannot reclaim possession of the “Guennol Stargazer,” a 6,000-year-old marble idol owned by hedge fund billionaire Michael Steinhardt.

While Judge Alison Nathan agreed with experts that the idol was originally manufactured in the region of Anatolia between 4800 and 4100 BC in what is now modern-day Turkey’s Manisa Province, she rejected the Turkish government’s view that the idol could not have been traded to a region outside of present-day Turkey. The ultimate provenance of the idol is unknown; it first turned up in New York in 1961 when it was sold by a dealer to art collectors. Prior to that date, “There is no other direct evidence establishing even an approximate find spot and date or linking the Idol’s excavation or discovery to anyone in particular.”

The idol was purchased by Steinhardt in 1993 and has been in his possession since then. In 2017, Steinhardt contracted with Christie’s to auction the idol and an auction was in fact held with a winning bid of $12.7 million. However, the buyer never took possession and the idol remains with Christie’s today. There is also a lengthy history of public display of the idol in the Metropolitan Museum of Art since the 1960s, as well as a number of academic and other publications related to the idol, some of which had direct ties to Turkey.

While the Turkish government can prove that the idol was manufactured there, the idol’s lack of provenance meant that the government could not prove that the idol was excavated from Turkey after 1906—both of which are prerequisites to finding ownership under the law. Additionally, the judge found that Turkey “slept on its rights” by not initiating suit sooner. Thus, recovery is barred under the doctrine of laches. In particular, Judge Nathan noted that “Turkey failed to take any steps to even inquire as to the origins of the Idol, how it made its way to New York, and whether it had any potential claim.”