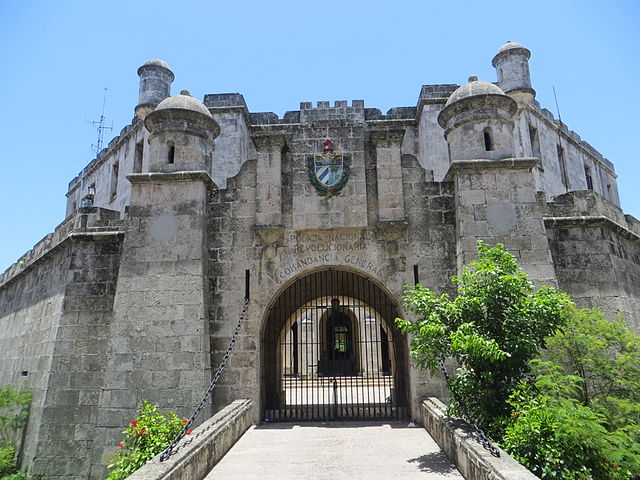 The Office of Foreign Assets Control (OFAC) of the US Department of Treasury on Friday imposed sanctions on Policia Nacional Revolucionaria (Revolutionary National Police; PNR), and its director and deputy director, Oscar Callejas Valcarce and Eddy Sierra Arias, respectively, for crackdowns on peaceful pro-democracy protests.

The sanctions have been imposed under the authority of Executive Order 13818, which is based upon the Global Magnitsky Human Rights Accountability Act and targets serious human rights abusers and corruption. According to OFAC, the PNR, under Callejas and Arias’s direction, was photographed confronting and arresting protestors in Havana. Among the arrested was a Catholic priest allegedly beaten by the PNR while he was defending young protesters, and members of the Movement of July 11 Mothers—a group founded to organize families of the missing and imprisoned. PNR officers also allegedly used clubs to beat on minors and other peaceful protestors.

The sanctions against Callejas, Arias, and the PNR effectively mean that any of their property and interests in property (“property”) that are blocked under the Cuban Assets Control Regulations (CACR) will remain blocked. The CACR prohibits US persons (i.e. US citizens or residents) from transacting in property in which Cuba or a Cuban national has an interest, unless such a transaction is authorized or exempt.

The sanctions also effectively block all of Callejas, Arias, and PNR’s properties that are in the US or in the possession or control of US persons and generally prohibit all US persons from engaging in transactions involving any property of the blocked persons, “unless authorized by a general or specific license issued by OFAC, or otherwise exempt.” The prohibitions include contribution or provision of funds, goods, or services to or the receipt thereof from a blocked person.

PNR, Callejas and Arias have all been added to the Specially Designated Nationals and Blocked Persons List. OFAC Director Andrea Gacki stated that the Treasury will continue to take action against anyone who facilitates Cuba’s involvement in serious human rights violations. President Joe Biden seconded Gacki’s remark adding:

Last week, we sanctioned the head of Cuban armed forces and the government—a government entity called the “Black Berets” for their involvement in suppressing protesters. And, today, we are adding sanctions against the Revolutionary National Police, as well as individual sanctions against the chief and deputy chief—the chief and deputy chief. And we’re going to continue to add sanctions on individuals that carry out—that carry out the regime’s abuses…At the same time, we’re increasing direct support for the Cuban people by pursuing every option available to provide Internet access to help the Cuban bypass—the Cuban people bypass the censorship that’s being mandatorily imposed…And we’re expanding our assistance to political prisoners and dissidents.

These sanctions are the latest in a wave of sanctions imposed by the Treasury in the past month. To name a few, the most recent were sanctions imposed on seven Chinese officials over the crackdown on democracy in Hong Kong; Cuban Defense Minister Alvaro Lopez Miera and an entire Cuban special forces unit for alleged human rights violations in relation to similar suppression of peaceful protests; and prisons, armed groups and its leaders, and some senior government officials in Syria for human rights abuses.