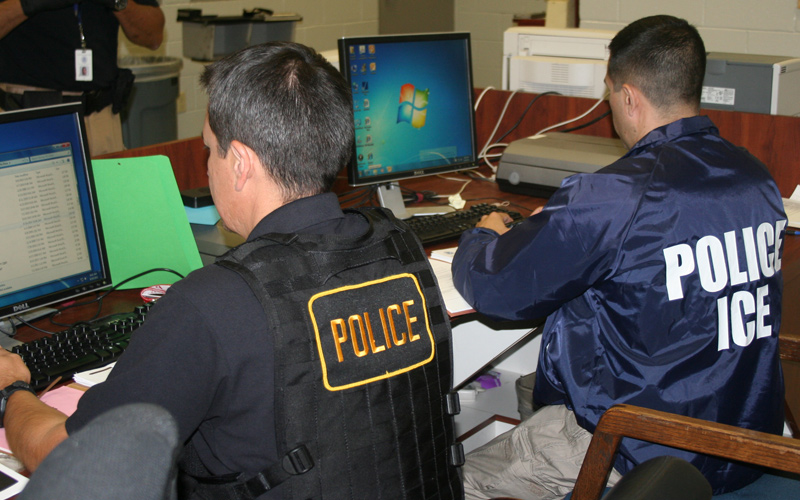 The US Court of Appeals for the Third Circuit on Monday upheld a New Jersey state law enforcement directive limiting local police interactions with, and/or barring its cooperation with federal immigration authorities.

More specifically, the Directive bars state, county and local law enforcement agencies from providing to federal immigration authorities any nonpublic personally identifying information regarding any individual; access to any state, county or local law enforcement equipment, office space, database or property not available to the general public; access to a detained individual for an interview without written consent from that individual; or notification of a detained individual’s upcoming release from custody.

Additionally, the Directive prohibits local law enforcement agencies and officials from entering “any agreement to exercise federal immigration authority pursuant to Section 287(g) of the Immigration and Nationality Act.”

Ocean County in New Jersey filed suit in federal court in September 2019 seeking a declaratory judgment that the Directive violated US Constitution and New Jersey law. A second county filed suit the following month launching similar challenges to the Directive.

The US District Court for the District of New Jersey consolidated the cases in November 2019. Federal Judge Freda Wolfson dismissed the suit in July 2020 holding that New Jersey’s choice not to cooperate with the enforcement of federal immigration law is “a clear exercise of the State’s police power to regulate the conduct of its own law enforcement agencies.” The plaintiffs appealed.

The plaintiffs’ argument was primarily grounded on the Supremacy Clause of the federal Constitution. On this basis, the counties argued that the Directive was preempted by federal law because it conflicts with 8 USC §§ 1373 and 1644.

These two statutes essentially prohibit state and local governments from passing laws that block the sharing of information about a person’s immigration status with federal immigration authorities.

The court of appeals, while rejecting the Attorney General’s argument that the counties lack standing to file suit, nevertheless upheld the Directive stating that the threshold requirements for preemption were not met in this case.

Writing for the court, Circuit Judge Thomas Hardiman explained that the federal law in question must regulate private actors in order for a state law to conflict with federal law and trigger preemption. Judge Hardiman also clarified that preemption does “not” confer upon Congress the power to regulate state conduct.

Thus, since the two statutes cited by the plaintiffs regulate the conduct of states as opposed to private actors, Judge Hardiman concluded that the plaintiffs’ claim of preemption fails. Judge Hardiman also added that states additionally have the power to both prohibit and restrict actions by its own subdivisions.

Grewal resigned as attorney general during the course of this appeal, but acting Attorney General Andrew Bruck welcomed the ruling stating:

For three years, the Immigrant Trust Directive has helped us to foster trust between New Jersey’s police officers and the state’s historically marginalized communities by drawing a clear, bright line between the work of state law enforcement officers and federal civil immigration officers…New Jersey residents should never be afraid that interacting with our cops as victims and witnesses will lead to their deportation.