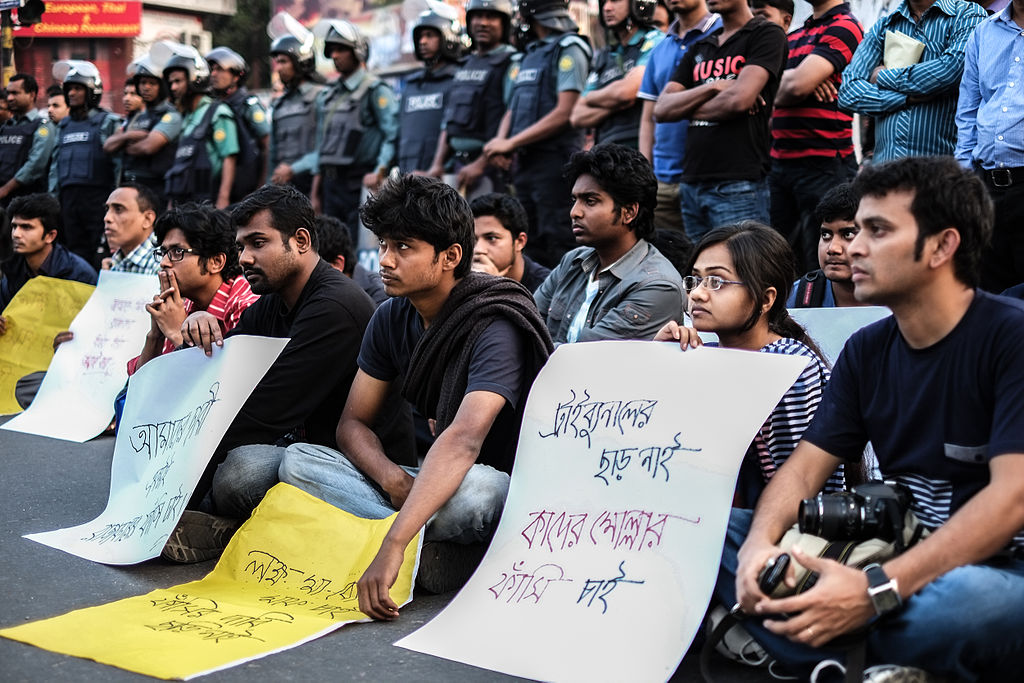 Amnesty International on Thursday published a report detailing the Bangladesh government’s crackdown on freedom of expression online by use of the country’s controversial Digital Security Act (DSA).

The DSA was introduced in October 2018 and contains some wide-ranging provisions that enable the authorities to trample on the guarantee of freedom of speech and expression. Under Article 21, the law criminalizes digital propaganda or campaigns against the country’s liberation war or spirit of the liberation war, the father of the nation, its national anthem, or national flag. This offense is punishable with life imprisonment and/or a fine of 30 million Bangladeshi takas. At least 13 prisoners are charged under this section as of July 2021.

Similarly, Sections 25 and 29 criminalize “false, offensive, derogatory and defamatory information” which not only contravenes the International Covenant of Civil and Political Rights (ICCPR) but also overlooks recommendations made under international human rights law and the right to freedom of expression during the country’s Universal Periodic Review in May 2018.

From cases that were recorded for trial between 1 January and 6 May 2021, the Cyber Tribunal dismissed nearly 50% for lacking merit and evidence. Out of those which specified the sections under the DSA, 80% had been filed under Sections 25 and 29. Amnesty International raised concerns over a pattern of “weaponizing” these sections as a means to target and harass critical voices, especially journalists, political opponents, activists, cartoonists, writers, etc.

In such instances, the pre-trial process is itself the punishment. Even if the case is later dismissed by courts, the detained people face several human rights violations, such as police brutality, invasion of privacy, and long periods of detention. Recently, on 25 February 2021, writer Mushtaq Ahmed died in custody after languishing in prison for more than 10 months without trial solely for criticizing the government’s Covid-19 response on Facebook. Following Ahmed’s death, UN Human Rights Commissioner Michelle Bachelet urged the government to ensure a transparent and prompt investigation into his death.

Amnesty International has urged the Bangladeshi government to amend the law in line with international human rights law and standards or repeal it altogether. It also called for the immediate and unconditional release of those imprisoned solely for exercising their right to freedom of expression.