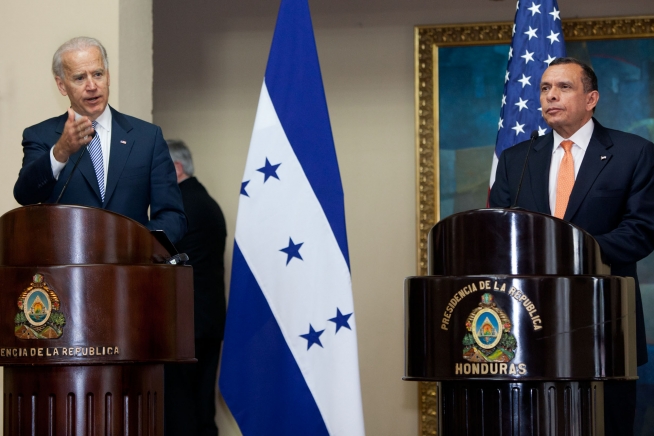 The US Department of State on Tuesday blocked entry of former Honduras President Porfirio Lobo Sosa and First Lady Rosa Elena Bonilla Avila into the country due to their corruption allegations.

Both have been designated under § 7031(c) of the Department of State, Foreign Operations, and Related Programs Appropriations Act, which makes designated foreign government officials involved in “significant corruption” and their immediate family members ineligible for entry into the US.

According to Secretary of State Antony Blinken, Sosa accepted bribes from drug-trafficker Los Cachiros in exchange for political favors, while Avila has been charged with committing fraud and misappropriating public funds for her personal benefit. Both are being accused of undermining the stability of Honduras’s democratic institutions.

I am also announcing the designation of the following members of [Sosa’s] immediate family: their son, Fabio Porfirio Lobo; their daughter, Ambar Naydee Lobo Bonilla; and [Sosa’s] minor child. These designations reaffirm U.S. commitment to combating the corruption and disregard for the rule of law that hinders progress in Honduras. The Department will continue to use all available tools to promote accountability for corrupt actors and combat impunity in the region and globally.

Sosa is yet to be convicted while Avila has been released from prison and is awaiting retrial.