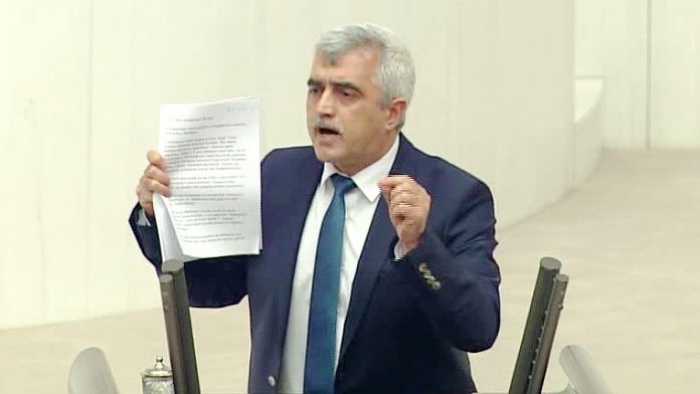 Gergerlioğlu retained his parliamentary membership until his two-and-a-half year prison sentence became final in March. However, earlier this month, the Constitutional Court of Turkey ruled that Gergerlioğlu’s imprisonment on terrorism charges was a violation of his right to contest in elections and engage in political activities as well as a violation of his right to freedom of expression.

That ruling, a summary of which was read out in the Grand National Assembly on Friday, triggered Gergerlioğlu’s reinstatement. Gergerlioğlu thanked his supporters on his first day back in parliament, stating:

Today is the day when the will of the people prevails over all injustices, and the victory of the people is manifested . . . I didn’t hold the watch for justice in vain, I believed to the end that I was very right, that the people were with me, and that finally happened, we came back here and saw that the people won, democracy won, the Constitution won.