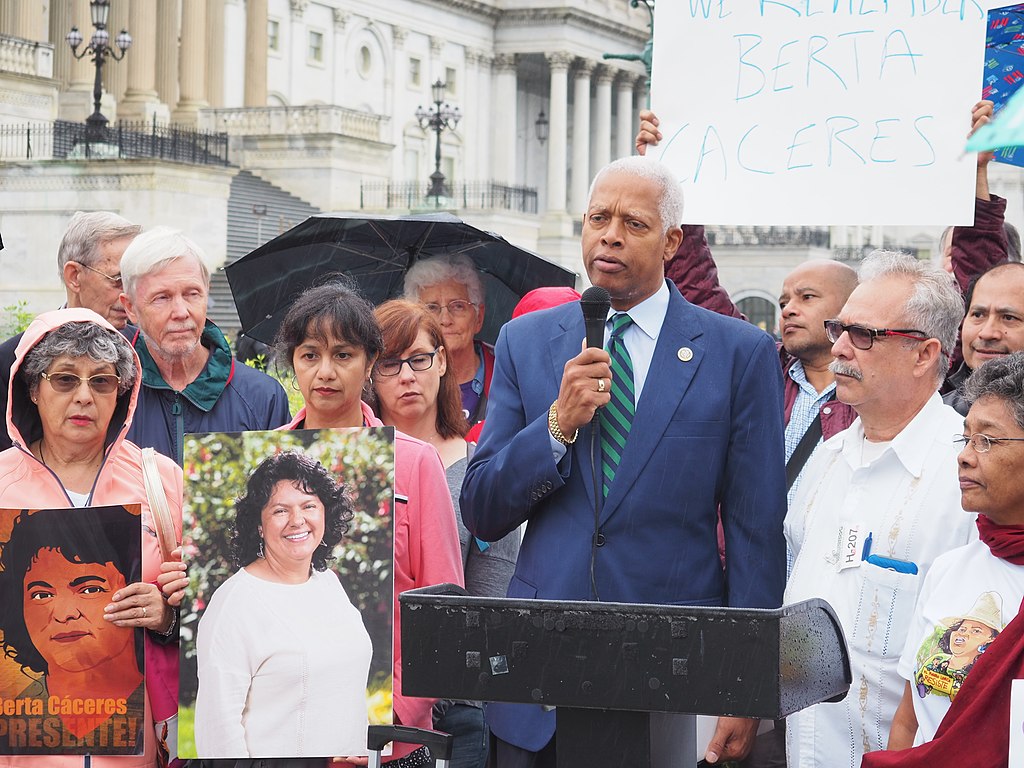 Castillo was a US-trained former intelligence official for the Honduran Army. The company DESA, for which he was an executive president, was working to acquire a dam project on the Gualcarque River in western Honduras. Cáceres was working to oppose the project, as it threatened to interfere with the Lenca indigenous community. The river is sacred to the community and is also an important water source. Castillo was found guilty of paying a squad of hitmen to kill Cáceres in order to eliminate her as a roadblock for the dam project.

Castillo is one of seven individuals who have been convicted in connection with the murder. The others have already been sentenced and received between 16-34 years for their roles. Castillo is set to be sentenced on August 3, and Honduran authorities are still investigating if others may have been involved.

The conviction, along with those of Castillo’s co-conspirators, is seen as a positive step for the Honduran criminal justice system. The past decade has seen a string of violence in Honduras against environmental activists seeking to restrain infrastructure projects and their impact on indigenous communities. Currently, the dam project is not moving forward, and financial backers have removed their support for the project.