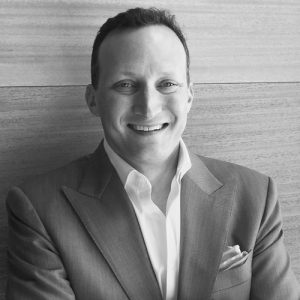 The Center for Election Innovation and Research (CEIR) held a media briefing on Thursday to discuss the ongoing denial of the 2020 US election results, which ousted former president Donald Trump and ushered Joe Biden into leadership. CEIR’s founder and executive director, David Becker (pictured left), spoke for about 45 minutes about current state efforts to delegitimize recent and future elections across the US, particularly in Arizona, Pennsylvania, Georgia, Michigan, North Carolina and Texas.

Becker stressed the importance of audit-able paper ballots to prevent this kind of frivolous activity. “Election officials must maintain custody and maintain the integrity of the evidence for a period of 22 months.” This mechanism is already in place under Federal law, but “it’s a question for the justice department as to where and how they are going to enforce that.” Becker noted that there have been several proposed rules to require minimum levels of audits of paper ballots nationwide, and many states are largely moving in that direction already. “We have more audits than ever before. 95 percent of all ballots cast in 2020 were audit-able paper ballots,” which is the highest percentage in US history. This number was at less than 80 percent in the 2016 election, so “in four years we moved to nearly 100 percent paper ballots, and this includes every battleground state.”

Regarding the integrity of ballot-counting, Becker stated there is a lot of re-hashing by “election deniers, trying to make it appear that there was some kind of issue that went wrong.” The most recent example is citing issues in Fulton County, Georgia, where 200 ballots were scanned twice in the immediate days after the election. He noted that counts in these days are unofficial until certification because “there are processes in place of reconciling and double-checking” to ensure the count is correct, and these double-counts were therefore not included in the official counts.

These minor issues of human error, which are very normal in an election in which 150 million people vote, and which use about a million volunteers nation-wide, which are caught, and which are fixed, are being leveraged by people who are very disappointed in the election outcome or who are trying to scam those who are disappointed in the election’s outcome—that’s the big news out of [Fulton County] Georgia that’s continuing.

I can’t think of any election in American history that’s been scrutinized more and dissected more than the election in Georgia, which was overseen by a Republican secretary of state who has stated he has voted for Donald Trump, and where the presidential votes were counted three times, three different ways, including once where all 5.5 million of them were counted by hand.

Becker emphasized that it might seem that a margin of 10,000 votes is relatively small, percentage-wise, “but from the perspective of a count, recount, or an audit, that’s a landslide. There has never been an election even close to that margin that has been overturned after an audit or recount. That is a huge margin of votes and the election has always been upheld.” The historical margin of election litigation is a few hundred votes.

Looking at the audits and challenges unfolding in states outside of Arizona, Becker stated that he observes one important commonality of “ongoing fundraising” around this issue. “There is a whole ecosystem of individuals, of scam artists, whose livelihoods now depend on propelling and promoting the big lie: on leveraging and exploiting the sincere disappointment of millions of voters who wanted Trump to win, who are victims in this scam.” Becker stated that he thinks these efforts will continue, but they are losing steam as election officials are making it clear to their counties that if they relinquish control of their election records they could be in violation of state and federal laws.

Thursday’s presser provided media the opportunity to ask Becker questions about developments in election challenges and audits in each US state. Becker has served as a senior attorney with the US Department of Justice Voting Section in both the Clinton and George W Bush administrations, and he led the elections team at The Pew Charitable Trusts prior to founding CEIR in 2016. The CEIR was formed “in response to the historic decline in voter turnout and the impending threat of foreign interference that seeks to further divide our nation and depress citizen engagement.” The CEIR is a nonpartisan, non-profit research group.