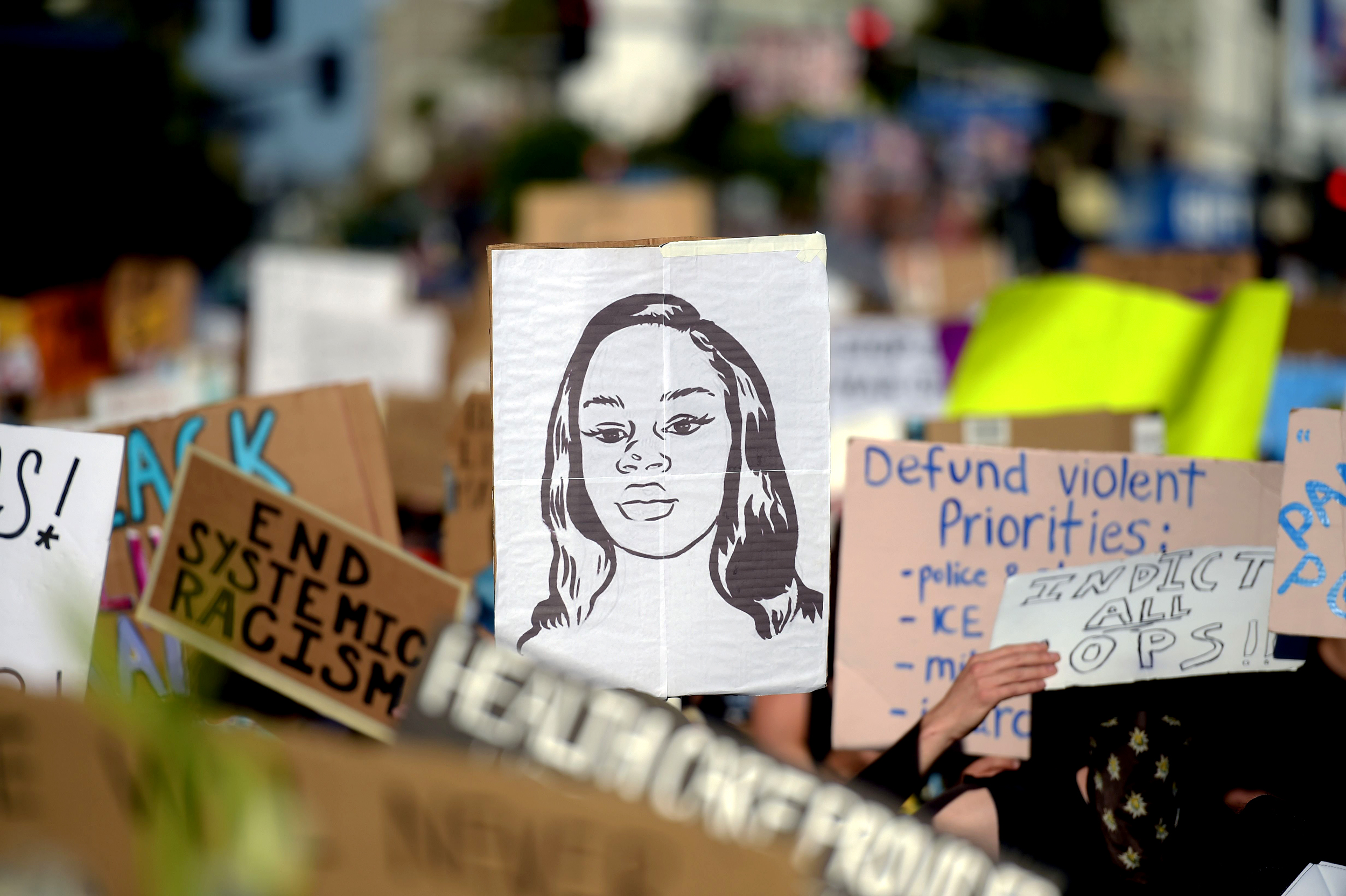 Protesters march holding placards and a portrait of Breonna Taylor during a demonstration against racism and police brutality, in Hollywood, California on June 7, 2020. - Demonstrations are being held across the US following the death of George Floyd on May 25, 2020, while being arrested in Minneapolis, Minnesota. (Photo by Agustin PAULLIER / AFP) (Photo by AGUSTIN PAULLIER/AFP via Getty Images)

The United Nations Human Rights Council issued a report calling for states to adopt a “transformative agenda” towards “racial justice and equity” on Monday, issuing an urgent call to tackle systematic racism.

The report was released two days after the sentencing of former Minneapolis Police Officer Derek Chauvin for the murder of George Floyd which sparked global protest and demands to tackle the issues surrounding systematic racism. Michelle Bachelet, the United Nations High Commissioner for Human Rights, outlined the areas where systematic racism occurs and the steps that need to be taken to implement change.

The report examined the deaths by police across different legal systems and found that there was a disproportionate burden on the Black community across different criminal justice system. The council’s research found that from the 190 police killings of Black people reported to them for the report, many of those killed were not enough of a threat to justify the actions taken by the police.

Noting that some states often operate from a “presumption of guilt”  concerning Black people and excessive police the Black community, the report examines the systems that have been created where people of African descent have been criminalized excessively, causing concern for law enforcement. Bachelet expressed that this “status quo is untenable,” requiring a systematic approach to implement lasting change to equality.

Bachelet proposed a whole-of-society, time bound mechanism to accelerate racial justice in law enforcement. With a spectrum of reparations, the UN made clear that “financial compensation” was insufficient; requiring rehabilitation, educational reform and acknowledgement against further injustice. The report stated that governments must debunk false narratives around equality was also essential to  reform; this also included a call for greater accountability for law enforcement officers who were “rarely held accountable for human rights violations and crimes against persons of African descent.”