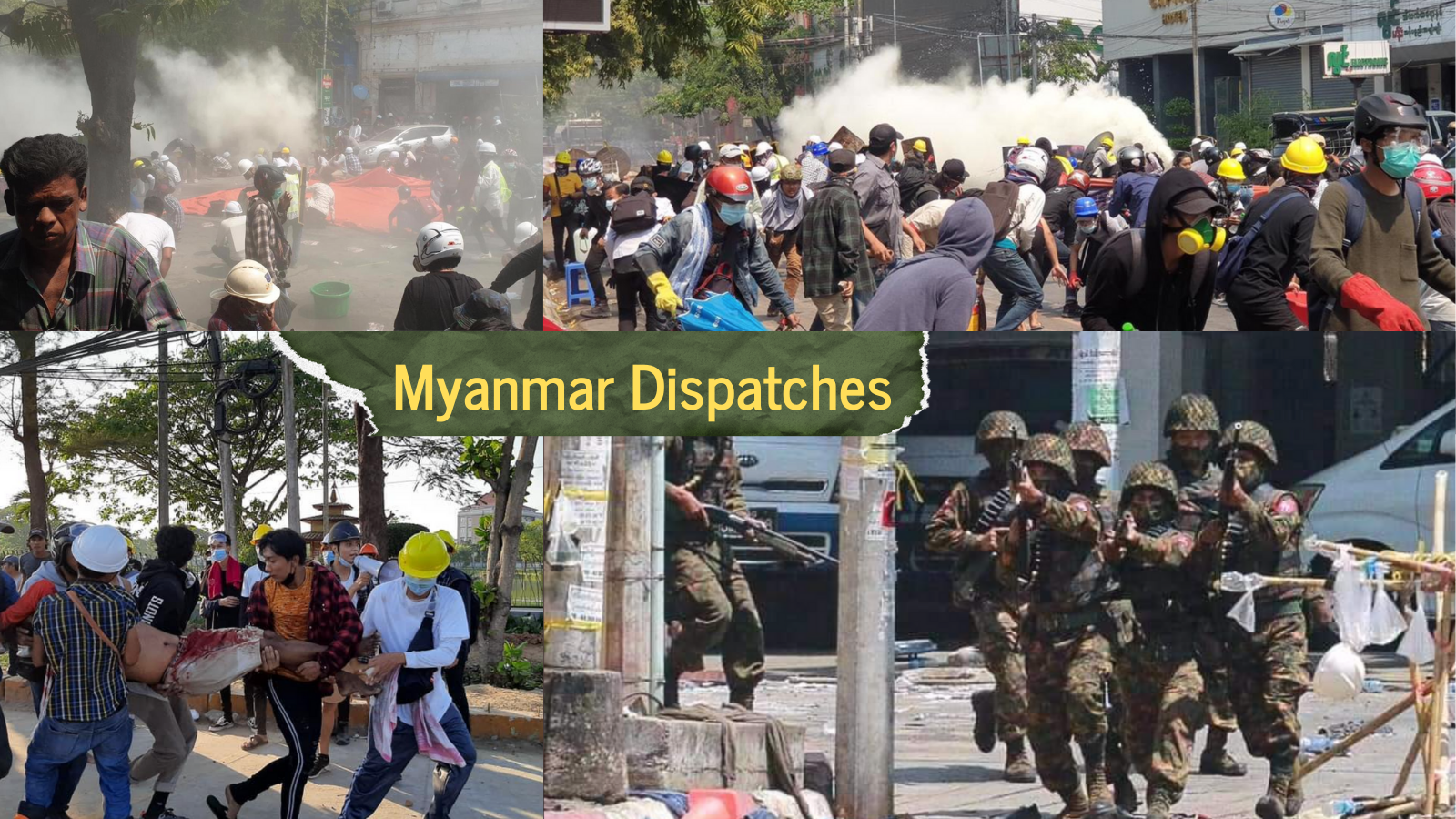 JURIST EXCLUSIVE – One of our Myanmar law students reporting from one of Myanmar’s major cities reflects on Friday’s one-hour internet shutdown as the military junta tried to block Myanmar people from watching the first press conference hosted online by the shadow National Unity Government [NUG]. She flags the deteriorating situation in the country and grimly warns that “war right in front of our eyes is unavoidable now.” She writes:

On that live video, the Minister of Human Rights, U Aung Myo Min, announced the abolishment of 1982 Citizenship Act and acknowledged that Rohingya have the right to be Myanmar citizens.

The most important information is that the Deputy of the Ministry of Defense; Dr. Khin Ma Ma Myo announced that NUG will cooperate with PDFs [People’s Defence Forces] from all cities. She also reminds people to be ready when we call for the war officially. Also, she metaphorizes SAC as insane people holding knives. This means that SAC does not know how to use weapons for the right purpose and SAC uses weapons for foul means like a crazy person does. So, we must get rid of those weapons from their hands.

I think this message is what SAC is most scared of. That’s why they cut off the internet for 1 hour right at the time the live stream started.

With this 1 hour long internet cut off this evening, the military juntas remind all of us once again that we do not own ourselves and our human rights and everything we have can be taken away anytime they want unless we fight for ourselves. But they will never take away our determination to get federal democracy.

Today’s announcement is great because NUG’s today threat against SAC as a psychological warfare can be deemed as a success. [Look! They can’t even bear to hear it live]. When we buy time before the official announcement, small PDF groups defeat small pieces of SAC’s institutes such as police stations with guerilla warfare. This news is very secure from planning to finally success.

The wars are getting worse in Chin and Kayah states. The SAC targets religious buildings like churches and mosques where many old people, women, children and injured people are taking shelter. Paramedic flags are raised on top of such buildings, hoping SAC at least have empathy and obey the laws of armed conflicts. Such places must be protected at all cost in any conflict but SAC is purposefully targeting the weak and committing these disgusting crimes is their war strategy.

The explosions in city centers are frequent day by day. It’s a sign that city centers will soon be turned into battlefields. SAC is trying to spread fake baseless rumors that PDFs caused explosions in city centers. SAC also attempts to draw attention by guarding schools with excess force. Their attempt to open schools is also a failure and there’re only very few children who have to be in the school compounds because of their parents. SAC soldiers posted pictures with those children with a caption saying how they are protecting the children from terrorists. To us, these pictures just seem like holding the innocent children hostage to protect themselves. They themselves spread rumors of possible explosions at school compounds so that they can use schools as their camps. Schools, religious buildings and hospitals must not be bombed as the law says.

A civil war everywhere is for sure but we will have to wait for the D-Day till NUG instructs. I doubt if this armed conflict should be called “a war”. We’ve taken every necessary step to get Democracy in peaceful ways and as time goes by, we all are pushed to the edges. A war right in front of our eyes is unavoidable now. We all know the saying “Everything is fair in love and war”, right? But I think this war will never be recognized as a “fair war” for many reasons. First of all, our PDF soldiers and future Federal Army will obey the law of war when SAC will neglect every rule. I know I should not compare two lives of people and say either of them is more precious because all lives are precious. BUT in this case, the loss of one PDF soldier will never be the same as the loss of 10 mad men from the SAC side.

We’re going for war but that does not mean guns are our only strategy. CDM is still our biggest weapon, even on the battlefield. Welcoming CDM soldiers to join hands with us is also our war strategy. If we fire a gun, we will get one dead body but if we can persuade a soldier, we will get one person on our side. This is also one step closer to victory.

– Majority of fellow soldiers and their families are suffering while a group of military juntas get privileged lives.

– Fellow soldiers, privates and generals who are well aware of SAC’s inhuman actions against civilians are trying to escape every day.

– The military juntas are deviating from the guidelines sanctioned by General Aung San. Besides, the military coup threatens the lives and property of many civilians all over the country.

– Let’s write the history of Myanmar’s loyal soldiers participating in this Revolution together with Ethnic Armed Organizations (EAOs) and all people of Myanmar.

– We kindly remind this to the soldiers who do not want to commit any war crimes and escape from the juntas before it is too late.

This message might make the juntas flustered because the military junta’s biggest fear is not losing the support of Myanmar citizens and the international community. Their biggest fear is losing the faith of its fellow soldiers who will pull the triggers of loaded guns for them.

There were several police and soldiers who have joined hands with NUG and participated in the Civil Disobedience Movement against the SAC.