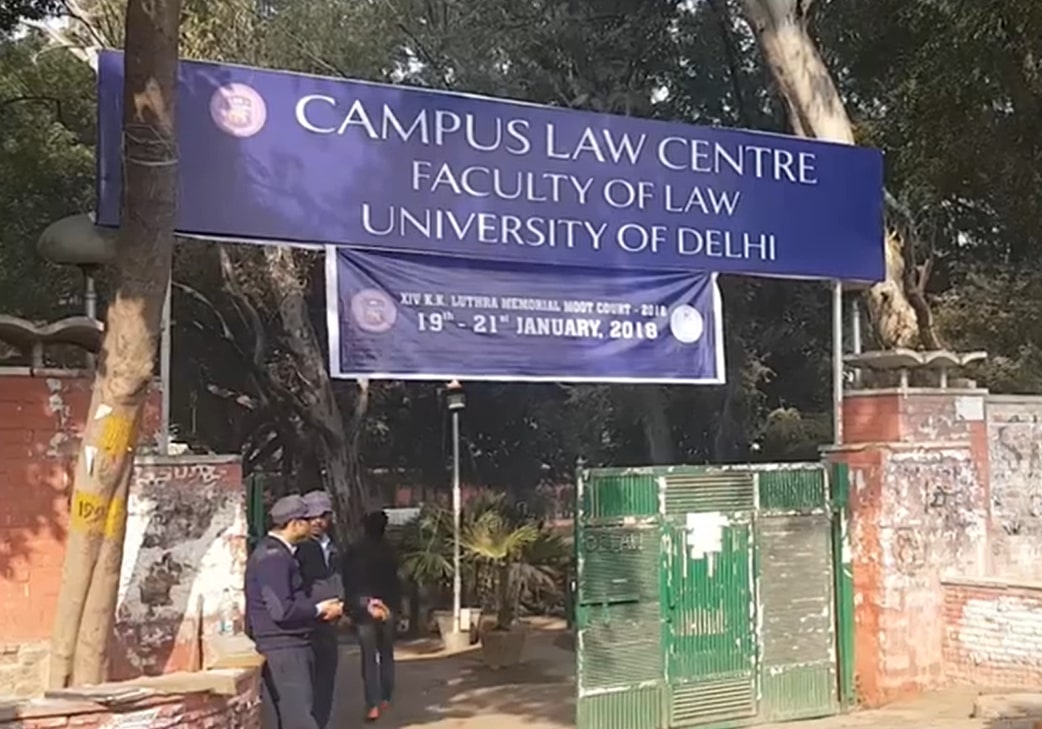 [JURIST South Asia Bureau Chief Ananaya Agrawal files this correspondent’s report. She is based in Delhi.]

Legal education in India has frequently come under fire for insisting on academic rigor and meritocracy without duly acknowledging the impact that cut-throat competition can have on the mental health and physical wellbeing of undergraduate students. The clamor grows harder with every year as more law students in India’s top universities come from diverse social realities of class, region, gender, caste, religion as well as physical and mental disabilities, and eventually face a system designed to test and ‘stimulate’ the universal student decontextualized from their socioeconomic experiences.

Recently, the students from the Faculty of Law at Delhi University, one of India’s oldest and most renowned institute for legal education, have petitioned the Bar Council of India and sought relief from their university’s impassive attitudes towards completing examinations for the COVID-afflicted semesters which now endangers their future career paths after university. JURIST reached out to one of the petitioners, Ravi Singh Chhikara, to understand what is at stake:

[The] LL.B. course at Faculty of Law, University of Delhi, India spans over six semesters (two semesters in one year). Lockdown in India was imposed in March 2020. Students of the then penultimate year at Faculty of Law, Delhi University had appeared for three semesters till then. It appeared that [the] physical mode of examinations would not be possible and thus postponed the upcoming semesters. After a couple of weeks, the University Grants Commission [UGC] which maintains the standards of examinations in university education in India issued guidelines for online mode of examinations. However, all the law schools of India come under the supervision of the Bar Council of India which maintains the standards of examinations in law schools.

Bar Council of India mandated the conduction of postponed exams within one month whenever the University opens after lockdown. So, all the students except law students appeared for their postponed exams after a period of time. However, when it appeared to all other law schools that Universities would not open anytime soon, they started conducting their exams. However, Law Faculty, Delhi University did not conduct the postponed semester. The reason cited was that since the Bar Council of India has mandated the conduction of postponed exams within one year of opening of colleges, it cannot hold exams now. The Bar Council of India too didn’t give any direction. Strangely, the Law Faculty, Delhi University then conducted the 5th semester exams of its law students.

Today, on 28th May, the Law Faculty, Delhi University has released its 6th semester exams datesheet for final year students without holding their 4th semester exams. Now the concern is that at the time when the students have lost their closed ones in the second wave, they find themselves mentally unable to study for 10 subjects. Further, even if the University holds 4th semester exams after sixth semester exams which nobody knows when, the results would get delayed further to a great extent. The reason being the Law Faculty takes 1-2 months to release the results of final semester exams. If it holds two semesters’ exams, the students would get late results due to which they would lag behind the other law students studying in other law colleges. They won’t be able to apply for new openings in law firms, upcoming LL.M. applications etc. at the time when other law students would be applying. In fact, they won’t be able to enroll themselves as advocates until they get provisional degrees. So, it is strange, that the University is holding [exams for] two semesters just after the second wave which has caused a catastrophic condition in India and the delayed results would add more pain to it.

Another similar petition by Chhikara’s colleagues is currently pending before the Delhi High Court which has directed the university to file its reply within three weeks. Previously, students at Government Law College, Mumbai and Nirma Law University have also petitioned for alternative modes of examination during the catastrophic second wave in India.

Over the past year, the pandemic has only ushered in newer levels of uncertainty, inequities and pressure that impact students in myriad ways. Many have seen their academic semesters and syllabus cut by half, internships and job offers revoked, and examinations postponed indefinitely. This is coupled with the immeasurable trauma of losing one or more family members, economic distress in terms of dwindling savings with hovering loans and rents, lack of technical and broadband infrastructure to regularly attend online classes, living in isolation or taking care of loved ones for months altogether.

Given the ad-hoc nature of negotiations between students and administration at various universities, there are many disparities in the kind of academic and assessment models being employed all over the country. Thus, while some student bodies have been more successful in seeking relief with respect to deadlines or assessment, their peers in other universities are still struggling. As a JURIST correspondent previously highlighted, most law universities have failed to meet even the “bare minimum” in their response to the pandemic. On their part, university administrations are themselves short-staffed and part of a system that has always placed a premium on achievements and excellence, which brings the concomitant pressure to maintain the same academic standards as other universities in order to ensure ‘repute’.

Taking note of concerns raised across the country, the Bar Council of India Wednesday constituted a 12-member High-Level Expert Committee to decide the method of evaluation of law students in intermediate semesters. The Council has itself declined to issue any examination guidelines for intermediate semester or final semester students, after noting that its previous guidelines had faced great litigation in court from universities that wished to adopt their own models. Given the indeterminate mandate and timeline, it remains to be seen whether the decision of this Committee will prove to be helpful for Chhikara and his colleagues who are in their final year of studies. That this Committee is comprised of academicians and Vice-Chancellors of universities and seeks to bring consensus in approach amongst them, is a welcome development.

Yet, the role of students as an important stakeholder group in this Committee’s deliberations remains unaccounted for. On some levels the cracks that have always existed in India’s legal education system have only been exacerbated, yet given the sheer intensity of the pandemic it is of utmost importance that college authorities demonstrate compassion and understanding that is cognizant of students’ dignity and their right to a say in matters affecting their futures.