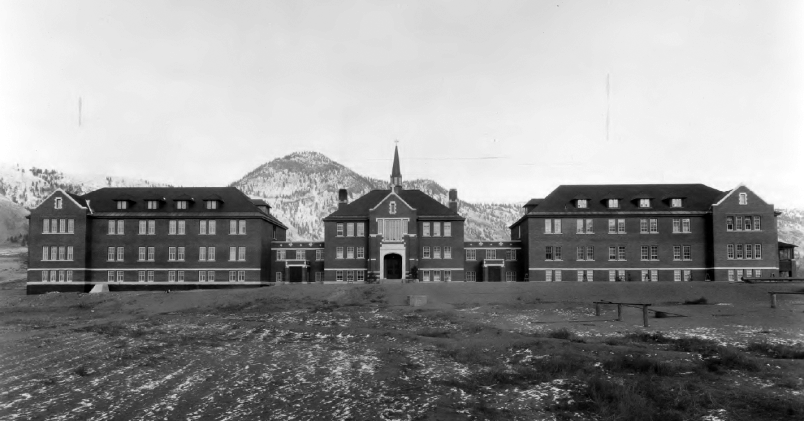 A group of Canadian lawyers has formally requested the International Criminal Court (ICC) to investigate the Vatican and the Canadian government for crimes against humanity following the discovery of the remains of 215 children at a former residential school in Kamloops, British Columbia. If the investigation proceeds, it could lead to the prosecution of employees and agents of the Catholic Church and Government of Canada who were involved in either the creation of the residential school or the subsequent cover-up of the events that took place.

Under ICC rules, crimes against humanity include murder, extermination, forcible transfer of a population, rape, severe deprivation of physical liberty, and other “inhumane” acts. The ICC has the power to compel parties to disclose all available records related to the investigation, but only prosecutes cases where the country is unable or unwilling to investigate the allegations.

The Tk’emlúps te Secwépemc First Nation announced the discovery of the remains last week, confirming what former attendees of the school have long petitioned as true. The discovery prompted calls from the public to further examine the grounds of the remaining residential schools; human rights and Indigenous groups have increased the pressure on the Canadian government to provide substantive assistance to survivors beyond apologies.

The Truth and Reconciliation Commission (TRC) published 94 calls to action based on a study of the known history of residential schools and their lasting impact on survivors in 2015, six of which were specific to missing children and unmarked burial grounds. Since its release, the Canadian government has largely failed to implement all of the recommendations. A 2019 study by the Yellowhead Institute determined that only 9 of the 94 calls to action had been completed at the time.

Parliament held an emergency debate on Monday to discuss financing further investigations and searches on the remaining sites. Prime Minister Justin Trudeau said the Canadian government has to “acknowledge the truth” and that residential schools are “a tragedy that existed here, in our country, and we have to own up to it.” Federal Justice Minister David Lametti said the government was open to creating legal protections for the sites of residential schools and criminalizing tampering or damaging potential evidence.

The statements come as the federal government is actively fighting a legal battle against providing reparations to survivors of residential schools in the courts.

The Canadian Conference of Catholic Bishops (CCCB) in a statement expressed “deep sorrow for the heartbreaking loss of the children of the former Kamloops Residential School”, but the Pope has yet to apologize. Recommendation 58 of the TRC explicitly calls for an apology from the Pope for the Church’s role.