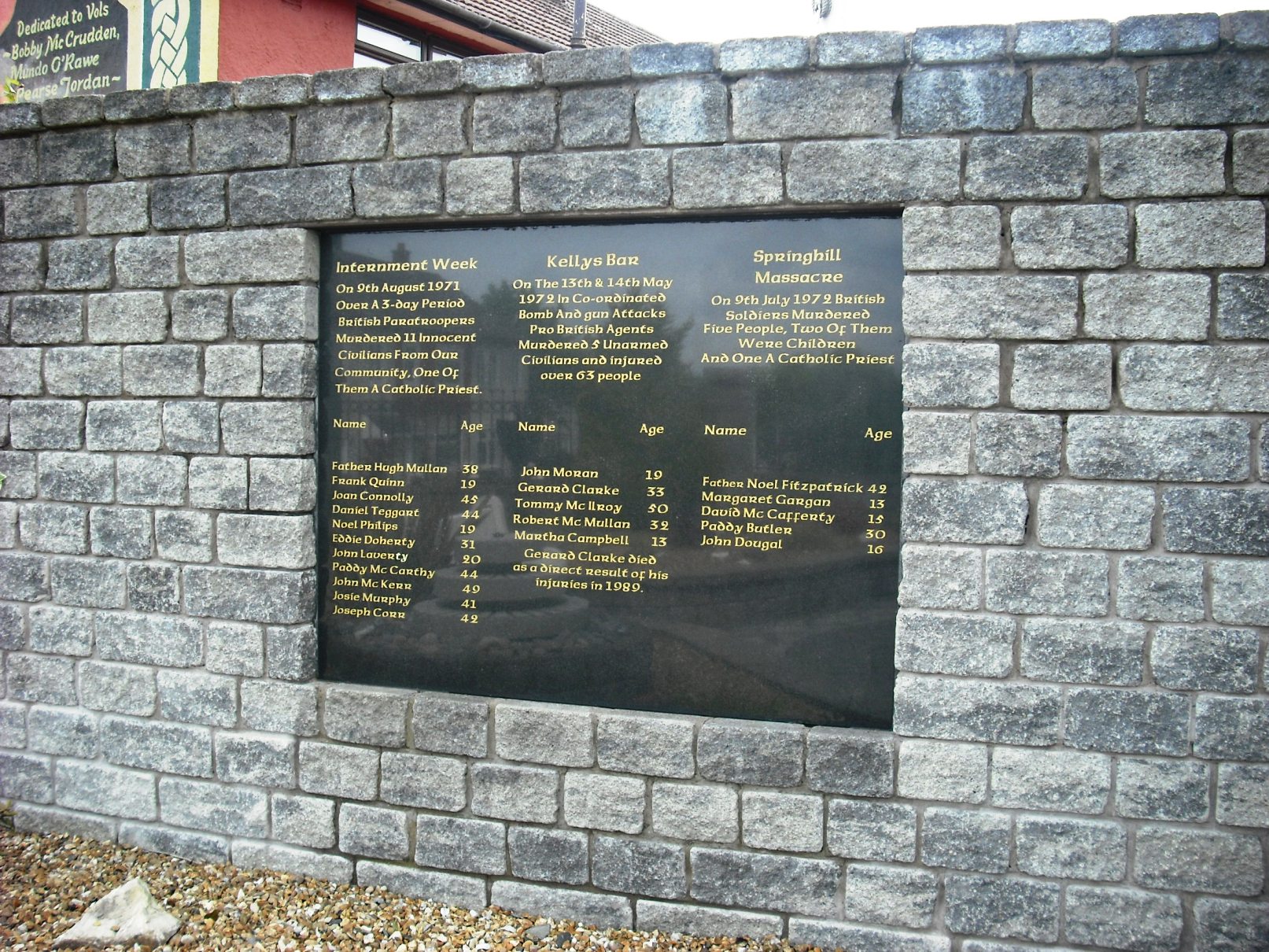 Inquests into the deaths of 10 people in Northern Ireland’s capital Belfast during a British Army operation in August 1971 concluded on Tuesday that all of them were civilians who posed no threat to the soldiers, and that the use of force by the army was “clearly disproportionate.”

Between August 9-11, 1971, during The Troubles, in Belfast’s Ballymurphy area, the Parachute Regiment of the British Army arrested and detained people suspected to be members of the Irish Republican Army (IRA), which opposed the British rule. This was part of the army’s rounding up of suspects for internment without trial in Republican districts across the country. About 3,600 people were killed in the conflict between the IRA, pro-British “loyalist” paramilitary and the British Army by the time it ended with the 1998 Good Friday Agreement. The events of these three days are known by the survivors as the Ballymurphy massacre. While inquests had been conducted in 1972, they were dismissed as inadequate by the victims’ relatives, and fresh inquests were opened in 2018.

While nine of the 10 victims, all found to have been innocent, were found by the coroner, Justice Siobhan Keegan, to have been killed by British soldiers using unjustified force, the perpetrator in the tenth death, that of John McKerr, could not be ascertained. The British Army had claimed that a few victims had been armed and shooting, which was the reason the soldiers opened fire. Keegan said the shootings were not proved to have been justified and that “clearly disproportionate” force was used in the nine deaths at the hands of the army.

The Government will carefully consider the extensive findings set out by the Coroner, but it is clear that those who died were entirely innocent of wrongdoing. This Government is clear that the current system for dealing with the legacy of the Troubles is not working for anyone—in particular, the families of the bereaved, such as those who lost loved ones in Ballymurphy in 1971, whose grief has been compounded by the long and difficult process of waiting for answers for so many years.

The conclusions of Justice Keegan are clear and irrefutable. Those who lost their lives were innocent and posing no threat. Their deaths were without justification. The fundamental right to life violated. … The case for a comprehensive legacy process, with families able to discover the truth about what happened to their loved ones and where possible, justice, is strong and compelling.

Also on Tuesday, the UK government said it plans to introduce legislation to protect veterans who served during the sectarian conflict in Northern Ireland from prosecution, giving rise to concerns of blanket amnesty for crimes. Victims’ families have said they would not accept such a measure. The government also said that prosecutions over the violence committed during the conflict have little possibility of resulting in convictions. It has been reported that all prosecutions over incidents that occurred prior to the 1998 agreement would be excluded by a statute of limitations applicable both to former British Army soldiers and paratroopers. Former Prime Minister Theresa May told the House of Commons, “The argument for the protection of veterans has consistently failed to understand one basic point—you cannot legislate simply to protect British soldiers from prosecution; any legislation to protect British soldiers will cover terrorists as well.”

While no one has ever been charged over the killings, a former paratrooper, identified as M3, may now face prosecution over the killing of Edward Doherty on the second day of the violence, after he admitted before Keegan that he had fired the shot that killed Doherty.