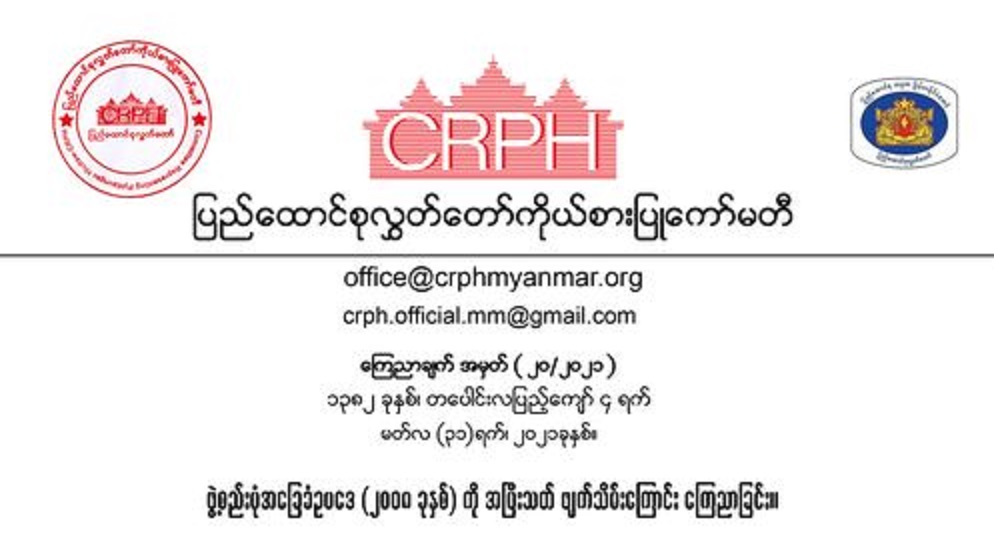 On Wednesday ousted lawmakers in Myanmar announced the abolition of the 2008 constitution that enshrined the military’s ability to interfere in the political situation in the country.

The announcement of the repeal was issued by the Committee Representing Pyidaungsu Hluttaw, a group of lawmakers from the National League for Democracy party, which won landslide elections in 2015. In its statement the group derided the 2008 constitution for prolonging the military dictatorship and preventing the emergence of a true federal democratic union for the nation. Citing the aspirations of the people of Myanmar for justice and the rule of law, the Committee formally repealed the constitution in light of the February 1 coup d’etat by the military.

The Committee also announced the formation of a Federal Democracy Charter, agreed to by the Committee and a coalition of ethnic alliances. It calls for the creation of a national unity government in collaboration with all democratic forces. In the interim the People’s Government under caretaker vice-president Mann Win Khaing Than will continue to carry out administrative responsibilities.

The National Security Council, led by Senior General Min Aung Hlaing, has been lashing out violently against pro-democracy protestors since the coup, with more than 500 people killed by the military and over 2,700 detained since protests began.