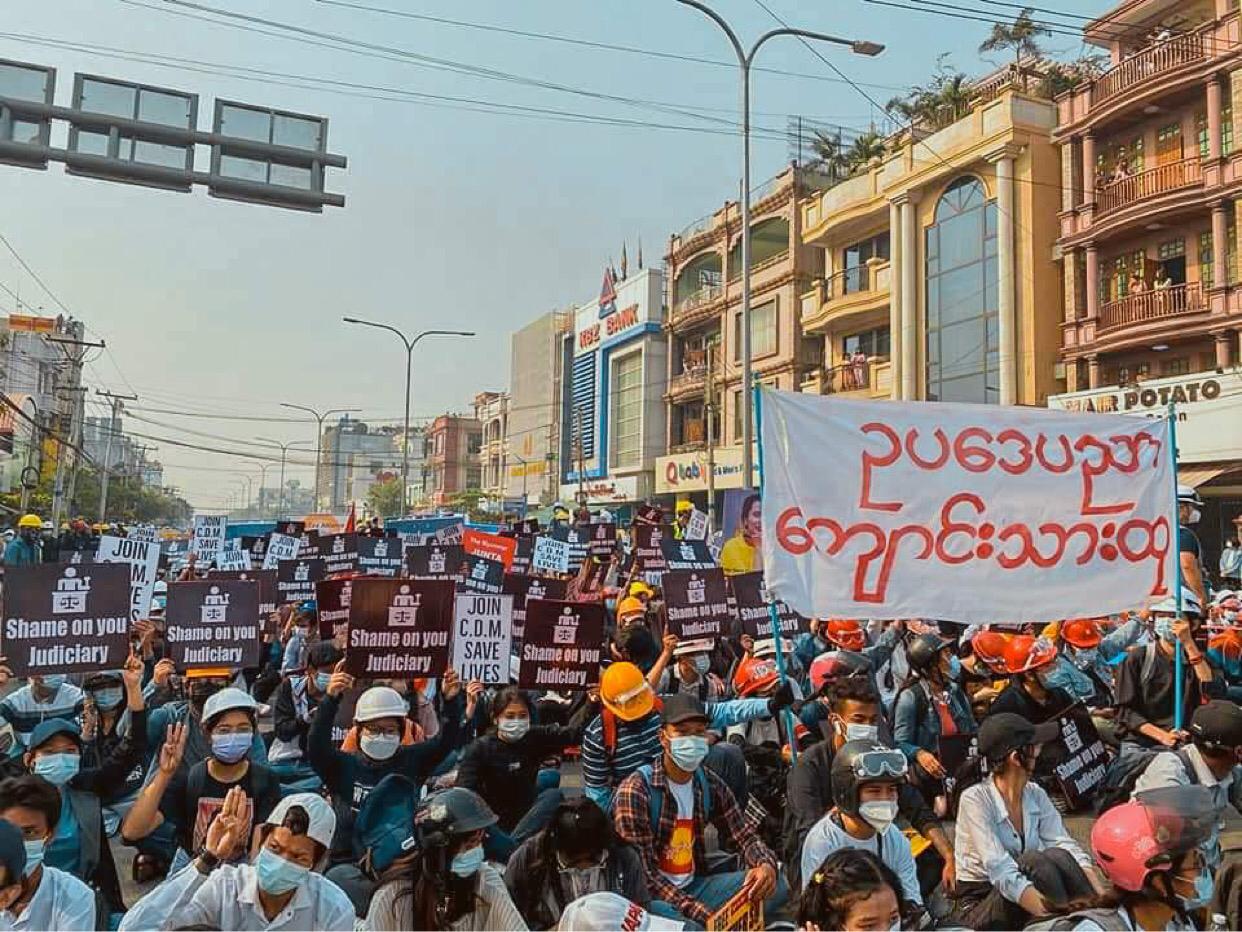 JURIST law student staffers have drafted and launched a petition calling on law students worldwide to support Myanmar law students defending democracy, human rights and the rule of law following the February 1 military coup that led to the overthrow of the elected civilian government of Aung San Suu Kyi. The petition demands that junta police and military stop all violence against pro-democracy protesters, restore citizens’ basic freedoms, and return the country to a democratic government. It calls for the release of all detainees and political prisoners — including Aung San Suu Kyi — and for culpable military officers to be held accountable for their various abuses under international law.

The Myanmar junta’s use of excessive force has thusfar killed over 500 people, including more than 150 in the past three days. Thousands more have been injured in increasingly violent crackdowns. A 24-year-old Myanmar law student, Myo Hein Kyaw, was killed at a protest in Mandalay on Sunday.  Over 2,400 people have been arbitarily arrested, disappeared, detained or imprisoned.

For almost two months now a group of JURIST law student correspondents on the ground in Mandalay and Yangon, Myanmar’s two largest cities, have reported continuously on the local situation while risking their lives resisting the military takeover and participating in public protests.  Virtually all of them are women (in Myanmar, for various social and political reasons, the vast majority of law students are women).  They have literally dodged bullets, run from riot police and soldiers and hidden in homes in fear of arrest while hearing gunfire and explosions outside. Their law studies have been interrupted, their futures are being stolen, and their country is being destroyed before their eyes. But they are fighting back every day.

JURIST law student staffers have launched this petition in solidarity with their brave and indomitable colleagues.

Law students from law schools around the world are invited to