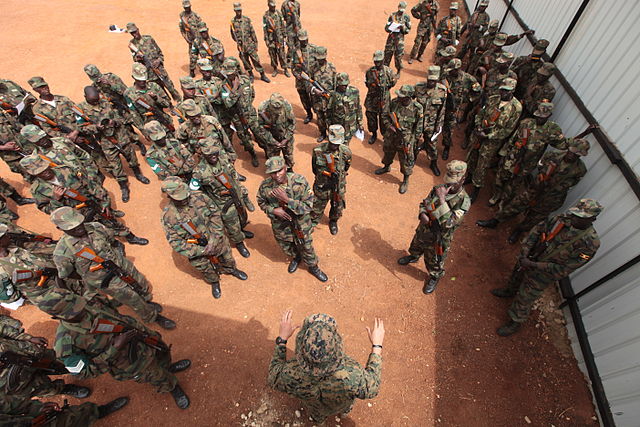 The Ugandan People’s Defense Forces (UPDF) on Thursday sentenced seven soldiers for attacking journalists outside of the UN High Commissioner of Human Rights office in Kampala on February 17. Flavia Byekwaso, the spokesperson of the UPDF, called the sentences a “deterrent measure to other members of the force not to engage in acts prejudicial to the good order and discipline of UPDF.”

Robert Kyagulanyi, also known as Bobi Wine, of the National Unity Platform (NUP), went to the UN office to “deliver a petition against the continuing abductions, torture, and murder of [NUP] supporters.” UPDF soldisers advanced and beat members of the press while the journalists waited for Kyagulanyi. News outlet NTV Uganda shared video footage of reporter Jeff Twesigye being chased down and caned by military personnel as he pleads with them to stop.

Byekwaso said the military “regrets that some journalists were injured as security carried out its duties.” Byekwaso also claimed that the security forces were assaulted by the unexpected “procession” that accompanied Kyagulanyi, causing security personnel to push back the procession “forcefully.” Therefore, she said, “it is not correct to allege that journalists [sic] were targeted.”