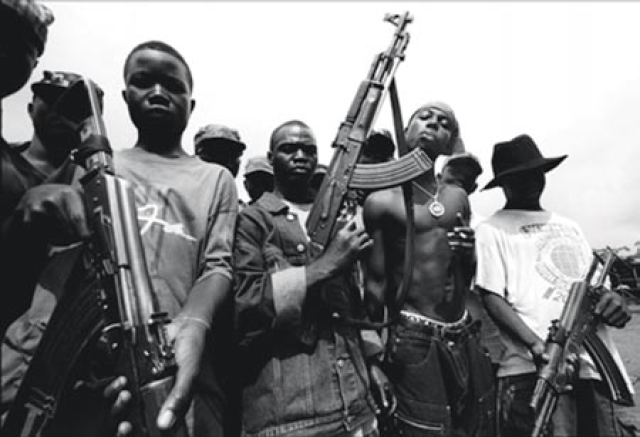 The trial of Sierra Leone national Gibril Massaquoi, accused of committing serious war crimes during Liberia’s second civil war between 1999 and 2003, began Monday in Findland’s Tampere District Court, where the state prosecution outlined the extent of the accused’s suspected crimes.

Having lived in the Tampere region for the past 10 years as a registered Finnish resident, 51-year-old Massaquoi was detained by the Finnish police last March. His arrest followed the conclusion of an inquiry conducted by the National Bureau of Investigation requesting that Massaquoi be placed in remand custody “on suspicion of murders and aggravated war crimes and crimes against humanity committed in exceptional circumstances.”

Even though the suspected crimes were committed outside of Finland’s borders, due to customary international agreements, Finland is obliged to investigate any such crimes and prosecute perpetrators where necessary. With the majority of the investigation conducted in Liberia and Sierra Leone between 2018 and 2020, the head of the investigation Thomas Elfgren stressed that “cooperation has been smooth both in Finland and between our international partners.” Following the conclusion of the investigation, charges were formally filed against Massaquoi in late January.

In his opening statements on Monday, state prosecutor Tom Laitinen outlined that Massaquoi is believed to have been a high-ranking official in an insurgent group, known as the Revolutionary United Front (RUF). Allegedly led by Massaquoi and other rebel leaders, the RUF ordered the murder, torture, mutilation and cannibalization of civilians during Liberia’s civil war. Between January 1999 and March 2003, Massaquoi is believed to have ordered and participated in the murders of countless civilians.

Laitinen went on to detail Massaquoi’s brutal methods of torture, including burning his victims alive and several accounts of sexual violence.  Receiving support from Liberia’s president at the time, and now of convicted war criminal Charles Taylor, Massaquoi’s crimes reportedly extended to children, with the RUF accused of enlisting and deploying child soldiers.

Massaquoi, represented by his lawyer, Kaarle Gummerus, continues to deny all charges.