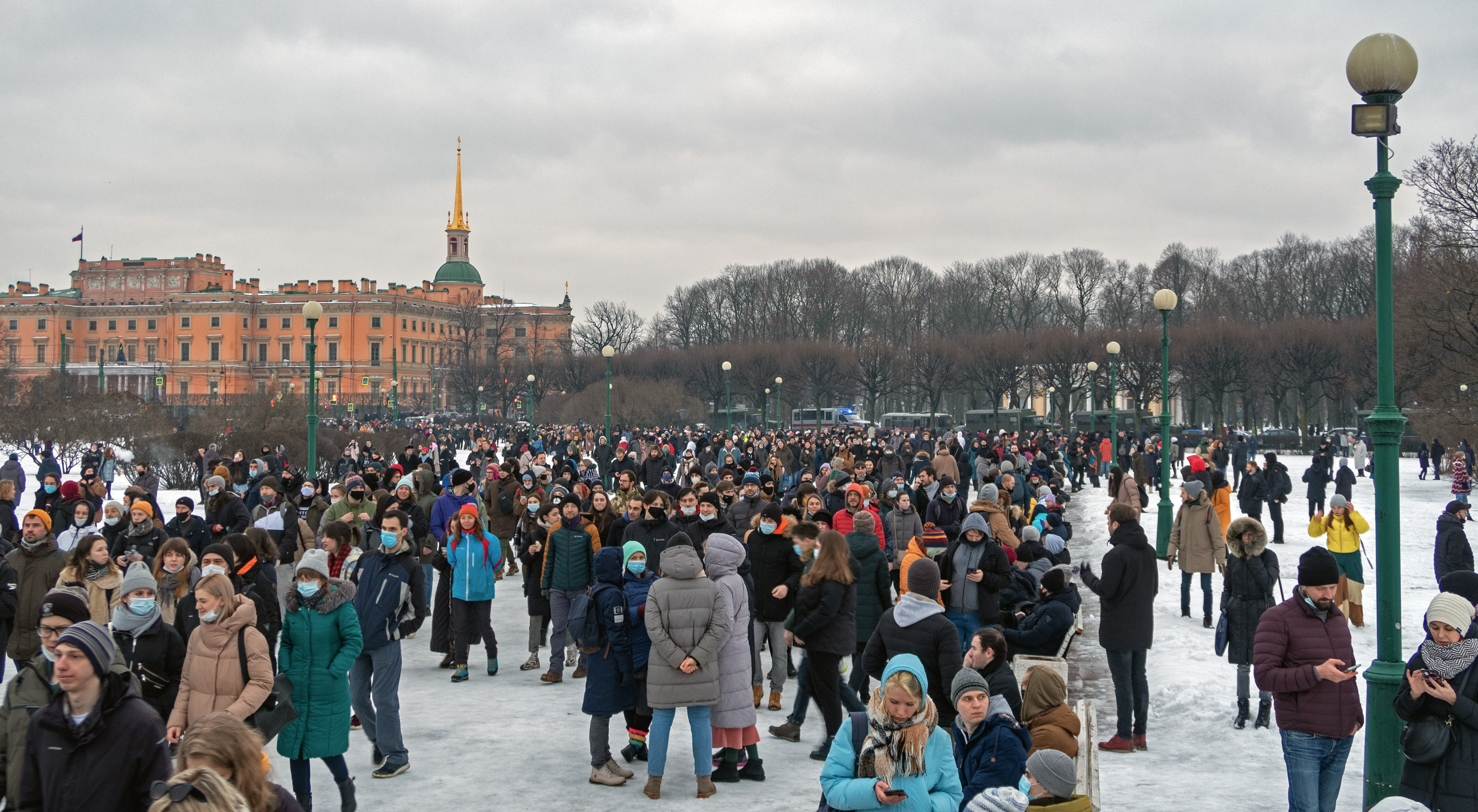 Russian authorities on Sunday detained at least 5,754 people in 87 cities across the country after tens of thousands of protesters took to the streets to call for the release of Alexei Navalny for the second weekend in a row.

Navalny was arrested and imprisoned immediately upon returning to Moscow from Germany earlier this month, where he was recovering from being poisoned with a Soviet-era chemical nerve agent. According to Russian authorities, Navalny was arrested for breaching the terms of a suspended sentence that he received in 2014. The European Court of Human Rights found in 2017 that Russia violated the provisions of the European Convention with regard to Navalny’s former prosecution, including the right to a fair trial and lawful punishment. Navalny’s trial on the charge of violating his probation begins this week. If convicted, he faces up to three-and-a-half years in prison.

Throughout the country, reporters documented an escalation of force by police at Sunday’s protests, including the targeting of journalists. In Moscow, barriers and blockades were erected to prevent protesters from gathering in front of the Federal Security Service’s headquarters, forcing people to rally in unplanned areas throughout the city. Russian authorities maintain that the protesters were gathering in defiance of a law that forbids unauthorized street gatherings. Family members and allies of Navalny were put on pre-arrest lockdown on charges of violating pandemic-related protocols by urging people to gather.

US Secretary of State Antony Blinken issued a statement on the policing methods used at Sunday’s protests, saying that “the US condemns the persistent use of harsh tactics against peaceful protesters and journalists by Russian authorities for a second week straight … we renew our call for Russia to release those detained for exercising their human rights, including Alexei Navalny.”

Navalny is currently being held in Matrosskaya Tishina prison, a high-security building in Moscow that is known for detaining some of the country’s most notable political opponents.