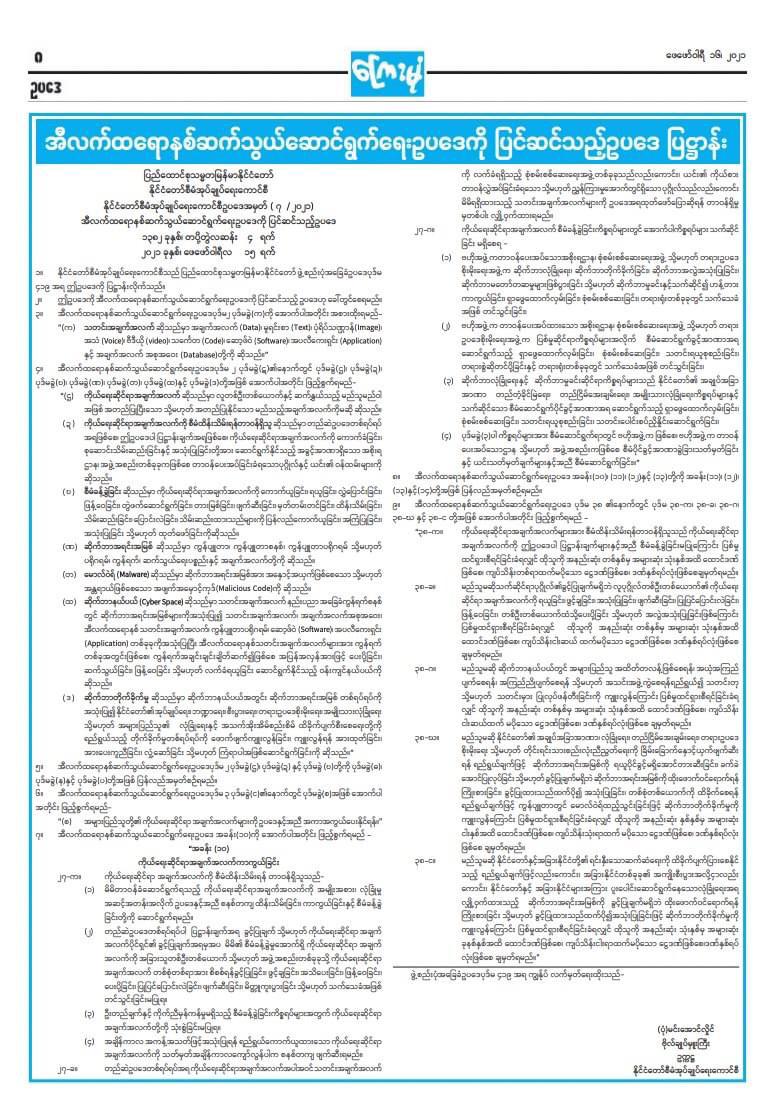 Deposed Myanmar civilian leader Aung San Suu Kyi has been charged by Myanmar police with failing to abide by COVID-19 restrictions under the country’s Natural Disaster Management Law, according to her lawyer Khin Maung Zaw on Tuesday. She now faces two formal charges, as she was charged with illegal possession of walk-talkies shortly after being taken into custody by the military in their February 1 coup. Both charges seem designed to be technical justifications for detention rather than substantive allegations. The New York Times reports that Suu Kyi appeared in a Myanmar court Tuesday by video without counsel in the first stage of a trial that her lawyer has been told could last for more than six months. Deposed Myanmar president Win Myint has also been charged with violating COVID restrictions; as a High Court lawyer, he will be representing himself in the proceedings against him.

Across Myanmar Tuesday, protests in support of Suu Kyi and in opposition to the military coup were held in several cities. Buddist monks demonstrated in Yangon outside the local United Nations office and students held a protest in Mandalay. Video circulated to JURIST by our law student correspondents showed several instances of police brutality in Mandalay, including the beating of a young man said to be mentally disabled. A crowd of protestors of all ages could be seen fleeing in terror from police prior to the beating.

In its first press conference since the takeover, the military insisted through a spokesperson that it would hand over power after holding new elections. The military deposed the civilian government on February 1, claiming election fraud in the November 8, 2020 national elections which had returned Aung San Suu Kyi to power. The country’s civilian Union Election Commission has vigorously denied the fraud allegations.

Also Tuesday, the military government published an updated version of Myanmar’s Electronic Transactions Law (shown above in The Nation newspaper), incorporating provisions previously circulated in draft as a controversial cybersecurity law that drew the opprobrium of telecom providers and many international rights groups for its severe limitations on privacy rights and internet access. On Monday and Tuesday mornings Myanmar time, the military completely cut off its citizens’ internet access for 8-hour blocks; opponents of the coup worry that the military is preparing to impose a more elaborate Chinese-style “great firewall” on the country’s communications infrastructure that will give it virtually complete control of information flowing in and out of the country.