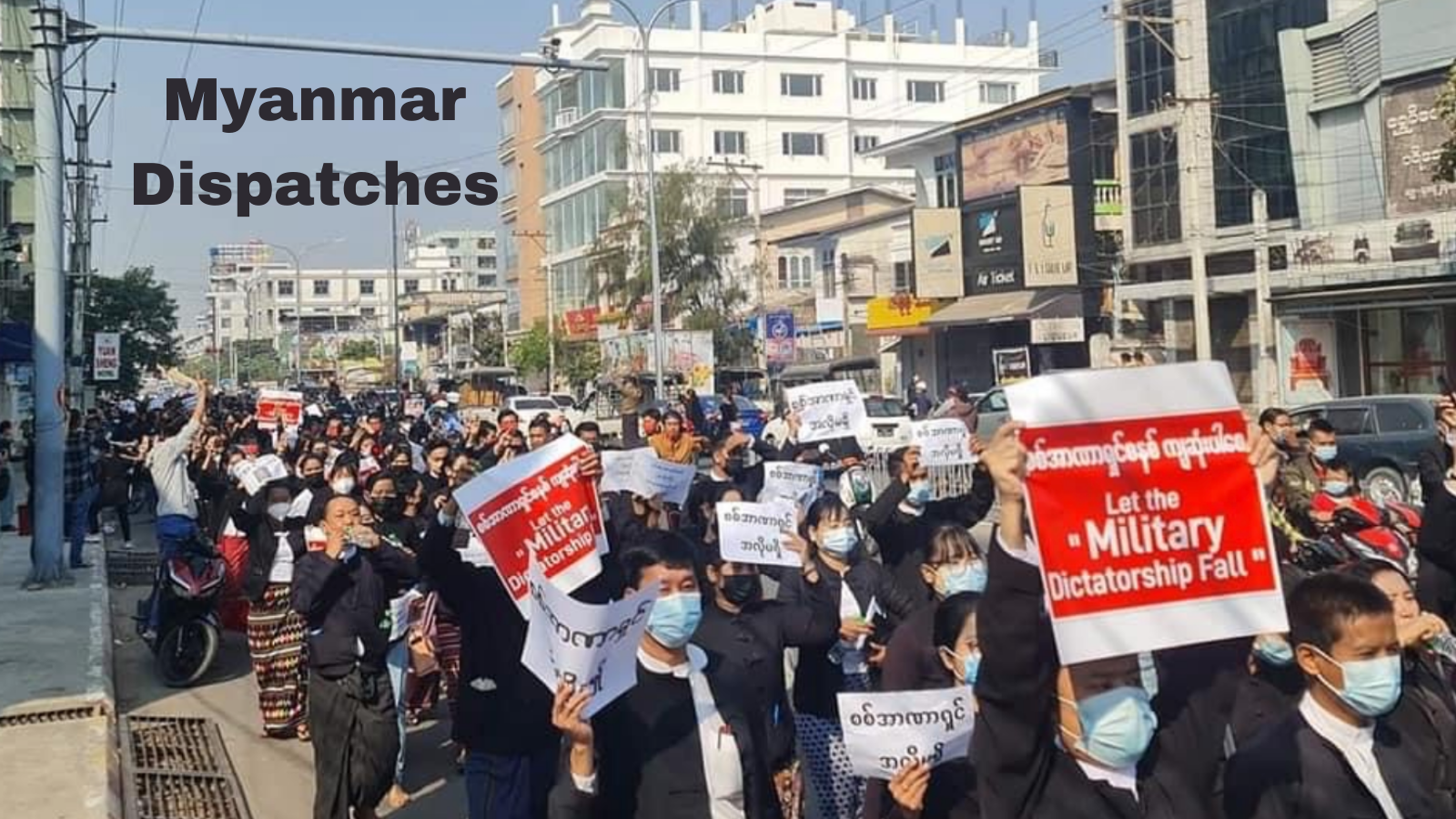 JURIST EXCLUSIVE – The death toll from protests in Mandalay on Saturday when police and soldiers opened fire on protesters has now increased to seven, with many more reported injured.

One of JURIST’s law student correspondents in Mandalay – who was actually in the vicinity of the shooting – files this report:

A 16-year-old young boy who was shot right at his head by a sniper died at the spot today. He was volunteering to help the injured person during the crackdown. He lost his life while saving others. Since the ambulance and rescue workers are also under attack, other protesters had to carry him in a cartwheel to get medical treatment amid flying bullets. There were continuous gunshots even when people are trying to carry the injured people and dead bodies.

The attack was near 38th street and 41st street. I was there on 35th street but I ran away later when they shot with rubber bullets. They blocked some protesters between 35th and 38th street.

Also, another protester who was shot in his chest was reportedly dead. His last wish was to hold a novitiation ceremony (shin Pyu ceremony) for his one and only son after this crisis. Unfortunately, he can’t be there anymore.

There are more than a dozen injured people due to rubber bullets and caltrops which are spread above the heads of protesters and on the ground to make them trip and fall. The military does not have any mercy left for unarmed civilians.

The military also blocks ways to get to the spot where medical cover is prepared for the injured people. They are neglecting the ICRC rules.

In sum, today in Mandalay

7 deaths
17 in state of emergency
around 50 people injured

The juntas have destroyed the homes of 230 people at Sein Pann (near Kannarlan Street) and now a monastery offers them a shelter for the night.

They’ve come down to us with a tailor-made plan to make people angry and react recklessly. The spots they’ve attacked today are where most homeless people live. They want people to react out of anger so that they can tell the world that they’re Cinderella in their story. But they’re the ones who have guns and shoot us.

Our correspondents tell us that a general strike is planned in Myanmar Monday in opposition to the military government.