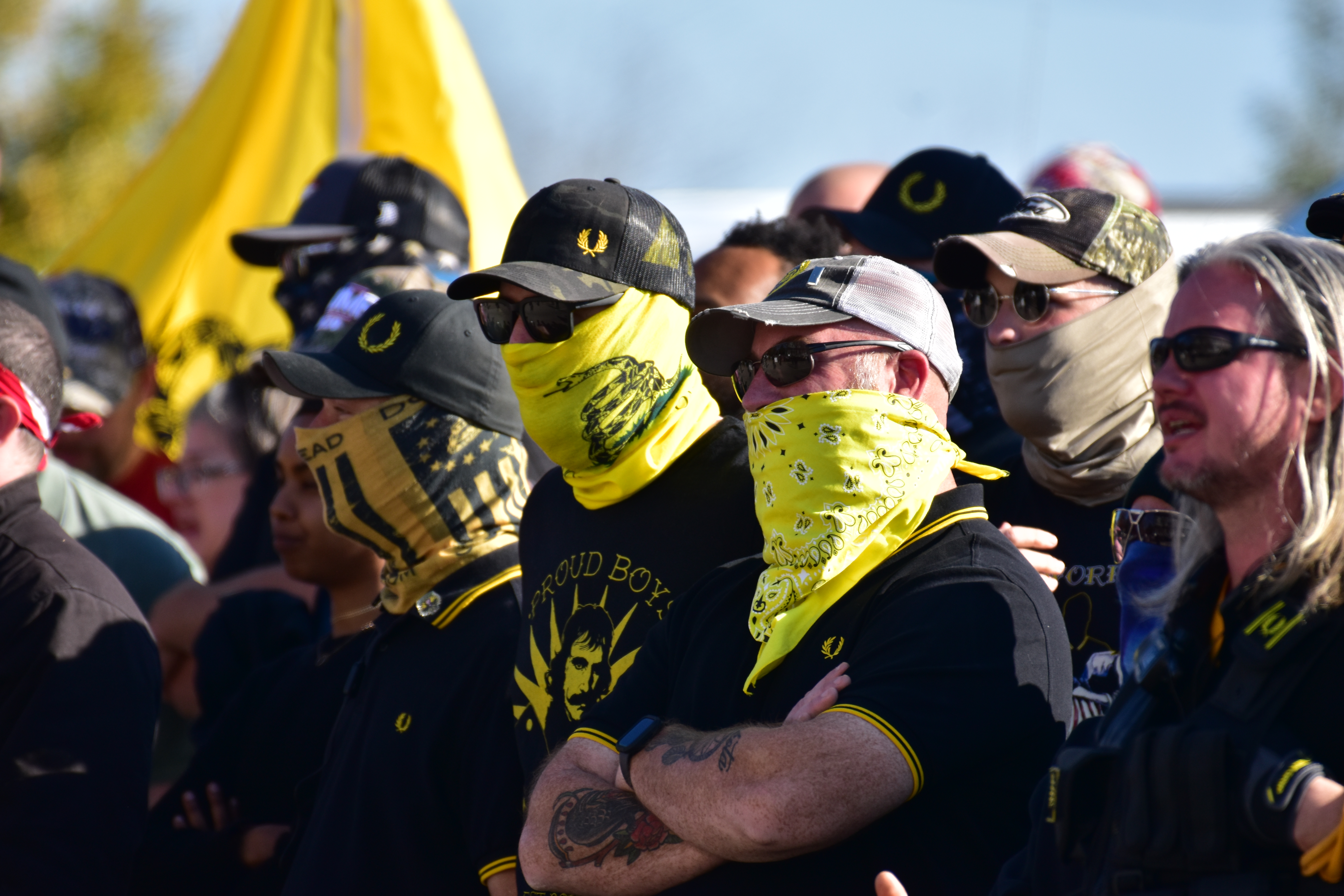 The US Department of Justice (DOJ) unsealed an affidavit on Thursday charging five individuals associated with the Proud Boys with conspiracy in connection to the insurrection in Washington, DC, on January 6.

The affidavit establishes evidence that the five individuals conspired “to corruptly obstruct, influence, or impede an official proceeding before Congress, that is, the certification of the Electoral College” and to “interfere with a law enforcement officer during the commission of a civil disorder.” Each of the individuals is associated with the Proud Boys, a far-right nationalist organization. According to the affidavit, William Chrestman, Christopher Kuehne, Louis Enrique Colon, Felicia Konold and Cory Konold appeared to communicate with one another in a coordinated attack as they advanced on the Capitol grounds and interfered with barriers placed by law enforcement to keep the crowd contained. Kuehne carried fluorescent orange tape, which the other charged individuals wore. Chrestman carried a respirator and an ax handle or wooden club, which he disguised as a blue flag, while several of the charged individuals wore tactical gear.

In addition to the 55 individuals charged in connection to the events of January 6, two other Proud Boys members were also indicted for conspiracy for removing metal barriers and allegedly ripping a shield from a law enforcement officer and using it to break a window.

During the attacks, 81 Capitol Police and 58 Metropolitan Police were assaulted by rioters. As early as December 29, the self-proclaimed head of the Proud Boys, Enrique Tarrio, posted on social media websites advertising the January 6 demonstration as an “incognito” movement where all members would be expected to wear “all black.” During the attack, Felicia Konold posted on Snapchat, stating, “All my boys, behind me, holding me up in the air, pushing back.” Law enforcement officers used these records, as well as other social media posts and pictures from the riots to determine that the five individuals were acting in concert with one another.

In addition to conspiracy, the individuals were charged with civil disorder, obstruction of an official proceeding, and disorderly conduct on Capitol grounds.

The FBI continues to seek information about the violence which occurred on January 6.