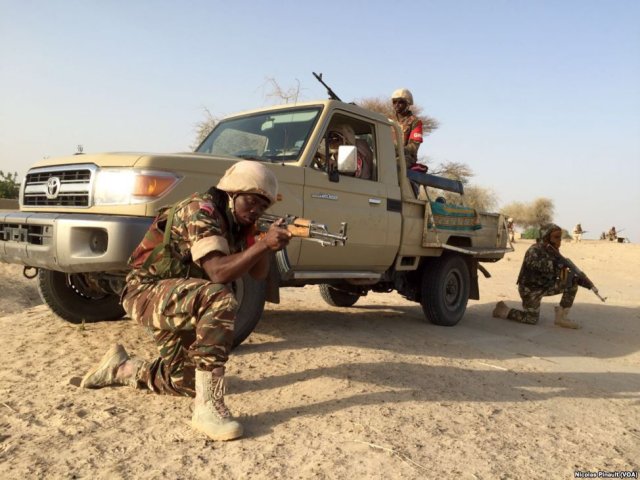 International Criminal Court Prosecutor Fatou Bensouda said Friday that she intends to open an investigation into possible crimes committed during Islamist rebel group Boko Haram’s Nigerian insurgency that began in 2009. Bensouda indicated that a preliminary examination into the situation had found a reasonable basis to believe that Boko Haram and its splinter groups committed several war crimes and crimes against humanity, including rape, murder and conscripting children under 15 into armed groups. She said that as much as her office recognizes that most crimes were committed by non-state actors, there is reasonable basis to believe that the Nigerian Security Forces also committed crimes against humanity.

Attacks by Boko Haram had led to more than 1200 deaths by the end of 2013. The Nigerian government has made attempts to prosecute the group, primarily its low-level members. Bensouda also said that the Nigerian military has investigated and dismissed members of its military who were found to have committed crimes against humanity. But she still wishes to proceed:

I have given ample time for these proceedings to progress, bearing in mind the overarching requirements of partnership and vigilance that must guide our approach to complementarity. However, our assessment is that none of these proceedings relate, even indirectly, to the forms of conduct or categories of persons that would likely form the focus of my investigations. And while this does not foreclose the possibility for the authorities to conduct relevant and genuine proceedings, it does mean that, as things stand, the requirements under the Statute are met for my Office to proceed.

Beginning investigations would require authorization from the judges of the Pre-Trial Chamber of the ICC. Bensouda seeks to reach a determination on all cases that have been under preliminary examination during her tenure before that comes to an end on June 15, 2021.