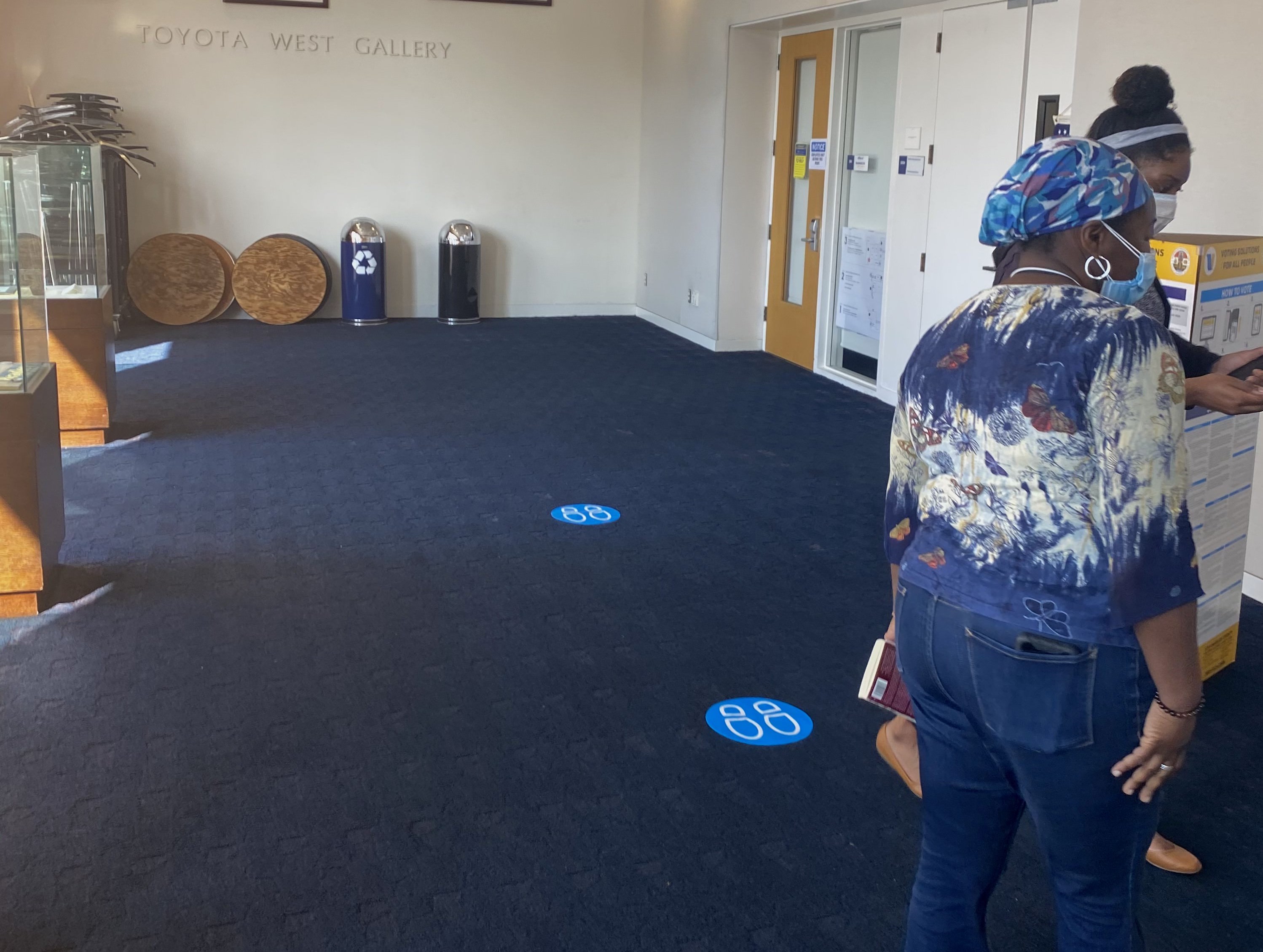 Across Los Angeles this Tuesday the vast majority of voting centers are reporting wait times below 15 minutes. UCLA’s own Tom Bradley International Hall, one of two voting centers at the university, had no lines and plenty of poll workers waiting to help earlier today.

If you had asked Anthony Silva, 24, whether he would have mailed in his vote four years ago, he would have expressed confusion. “I used to think that mail-in voting was only for people who lived outside of the state or who were in the military,” he explained, “but this year I mailed in my vote way back in early October to make sure it gets counted in time.” He decided to volunteer as an election worker today to help make sure all votes were counted.

“Even though a lot of people mailed in their ballots this year because of COVID-19, I chose to vote in person because I didn’t want to risk my vote not being counted.” UCLA alumni Aneri Suthar, 22, affirmed that her concerns regarding the competency of an underfunded USPS were the main reason behind her decision to vote in person today. She arrived to vote as soon as the election center had opened, because she “had to wait over two hours to vote back in 2016, and wanted to play it safe.”

Because of COVID-19, many states have sought to facilitate mail-in voting. A record number of voters have voted by mail-in ballot in the 2020 election. In July, “the USPS implemented new rules that restricted extra and late trips by trucks and letter carriers, as well as instituted overtime restrictions.” Federal judges have ordered USPS to prioritize and immediately send out ballots remaining at USPS facilities on Election Day, but many voters’ faith in mail-in ballots has been eroded by President Trump’s recent statements regarding mail-in ballots and voter fraud.