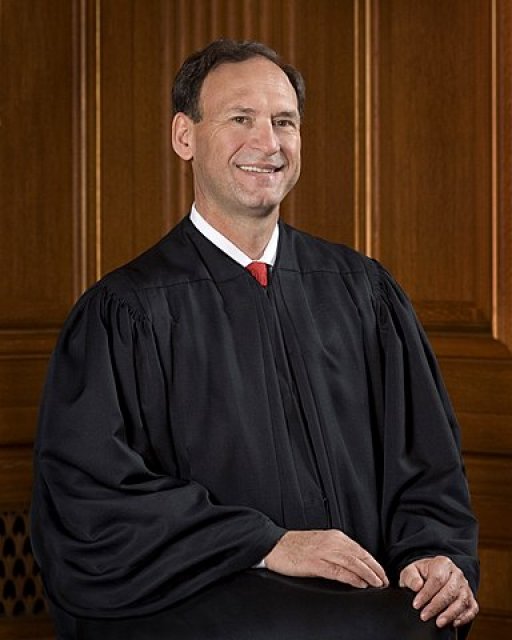 Supreme Court Justice Alito gave a speech at the Federalist Society’s annual National Lawyers Convention on Thursday in which he declared that “religious liberty is fast becoming a disfavored right.”

The theme of the convention was the ways in which the Covid-19 pandemic is affecting the rule of law, and Justice Alito said the pandemic is highlighting “constitutional fault lines.” He claimed to not be “diminishing the virus’ threat to public health” nor questioning the “legality of COVID restrictions,” when he said, regarding state-level executive orders for dealing with the coronavirus, “We have never before seen restrictions as severe, extensive and prolonged as those experienced for most of 2020.”

He noted the case of Calvary Chapel in Nevada, which this past summer had its petition to the Supreme Court rejected. The church had requested an injunction against Governor Sisolak’s order limiting in-person church attendance to no more than 50 persons. Casinos, on the other hand, were allowed to operate at 50% capacity. Alito critiqued the court’s decision, saying, “Take a quick look at the Constitution. You will see the free-exercise clause of the First Amendment, which protects religious liberty. You will not find a craps clause, or a blackjack clause, or a slot machine clause.”

The justice then pointed to Supreme Court decisions which he felt illustrated the threat to the exercise of religious liberty, including the Little Sisters of the Poor case, decided this past summer, in which the court held that religious organizations can opt-out of regulations requiring insurance coverage of contraception, the Masterpiece Cakeshop decision which upheld the shop owner’s First Amendment right not to make a cake for a same-sex couple, reversing the lower court’s ruling against the owner, and the Obergefell v. Hodges decision which struck down state-level bans against same-sex marriage. Regarding the last case, Alito said, “You can’t say that marriage is a union between one man and one woman. Until very recently, that’s what the vast majority of Americans thought. Now it’s considered bigotry.” The court did rule in favor of the so-called religious liberty interests in the other two cases.

It was viewed in some circles as an unusually political speech coming from a Supreme Court Justice, who tend to be more circumspect in public speaking. Gabe Roth, executive director for Fix the Court, a nonprofit group that advocates for stricter ethics rules for the Court, said that such speeches risk “eroding the public’s trust in [the Court’s] impartiality.” He also said that “Alito’s decision to speak about COVID’s impact on religious exercise is unconscionable at a time when cases concerning this very topic remain active at the Supreme Court and across the federal judiciary.”