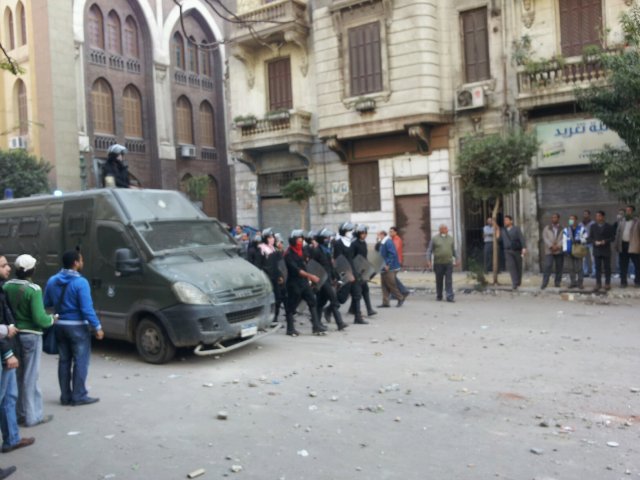 Egyptian authorities arrested Friday Gasser Abdel Razek, the Executive Director of the Egyptian Initiative for Personal Rights (EIPR). EIPR is a Human rights organization whose goal is to “strengthen and protect basic rights and freedoms in Egypt, through research, advocacy and supporting litigation in the fields of civil liberties, economic and social rights, and criminal justice.”

EIPR claims that authorities took Razek to an undisclosed location from his home in Maadi, Cairo.  Mazek’s arrest comes shortly after the arrests of several other leaders of the EIPR.

On November 15, authorities arrested Muhammad Bashir, administrative director of EIPR.  Authorities questioned Bashir before the Supreme State Security Prosecution, which charged him with “joining a terrorist group” and “committing one of the terrorism financing crimes.”

On November 18, authorities arrested Karim Ennarah, EIPR’s Criminal Justice Unit Director, and he was charged with joining a terrorist group, spreading false information and false news that harms the public.  Both Bashir and Ennarah’s cases were consolidated into one case.

EIPR perceives the arrest of Razek and the others as attempts by authorities to stop their human rights work in the country.  EIPR recently met with several ambassadors and diplomats to discuss ways to improve human rights conditions in Egypt.  Many international organizations, including the UN, have also expressed their concern over the arrests and called for Egyptian authorities to release the members of the EIPR that are currently being held.