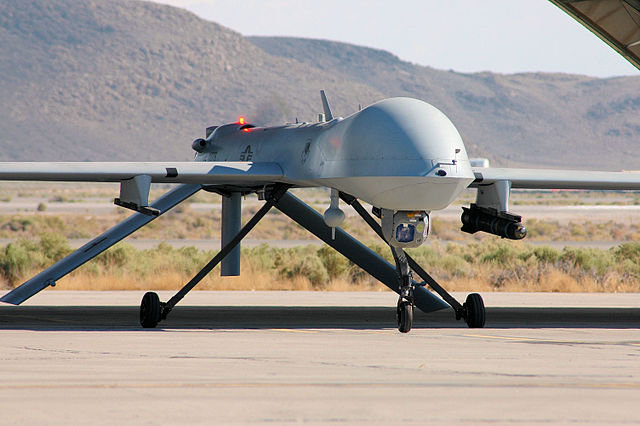 Human Rights Watch (HRW) has called for the creation of a new international treaty that would ban autonomous weapons or any other form of so-called “killer robots.”  In a report issued Tuesday the international rights group advanced a detailed proposal outlining essential elements for a treaty seeking to prevent the use of “all weapons systems that select and engage targets based on sensor processing, rather than human inputs.” The proposal includes positive obligations, prohibitions, and proposed definitions for many terms of art, such as “meaningful human control.”

Since 2013, nearly 100 countries have come together under the Convention on Conventional Weapons (CCW), a treaty that regulates and bans weapons that cause unnecessary or unjustifiable suffering, to discuss growing concerns over the use of autonomous weapons. Many of these countries have already endorsed the creation of a new international treaty banning those devices. Despite the development of an international consensus that the issue must be addressed, countries have continued to disagree on the best way to achieve this goal. Many countries have cited concerns that establishing a formal treaty banning these weapons would adversely affect bilateral negotiations with countries that wish to utilize them.

“Killer robots present distinctive challenges, but constructing a new treaty does not require starting from scratch,” Docherty said. “Existing international law and principles of artificial intelligence provide ample precedent showing that it is legally, politically, and practically possible to develop a new treaty on killer robots.”

Though most nations have reached a consensus on the issue, some have called the treaty “premature.” Among those countries are most prominently the United States, India, Israel, The Netherlands, and France. All of which have made significant investments into the development of military artificial intelligence and other autonomous weapon systems.

Unlike most CCW decisions that require a majority vote to pass an agreement, the newly proposed treaty would not need to be negotiated under the CCW. This is particularly useful because it will prevent a single country from blocking the agreement sought by the majority. Currently, a coalition of more than 65 countries are campaigning to ban these weapons and are expected to reconvene at the next CCW meeting from November 2-5 at the United Nations in Geneva.