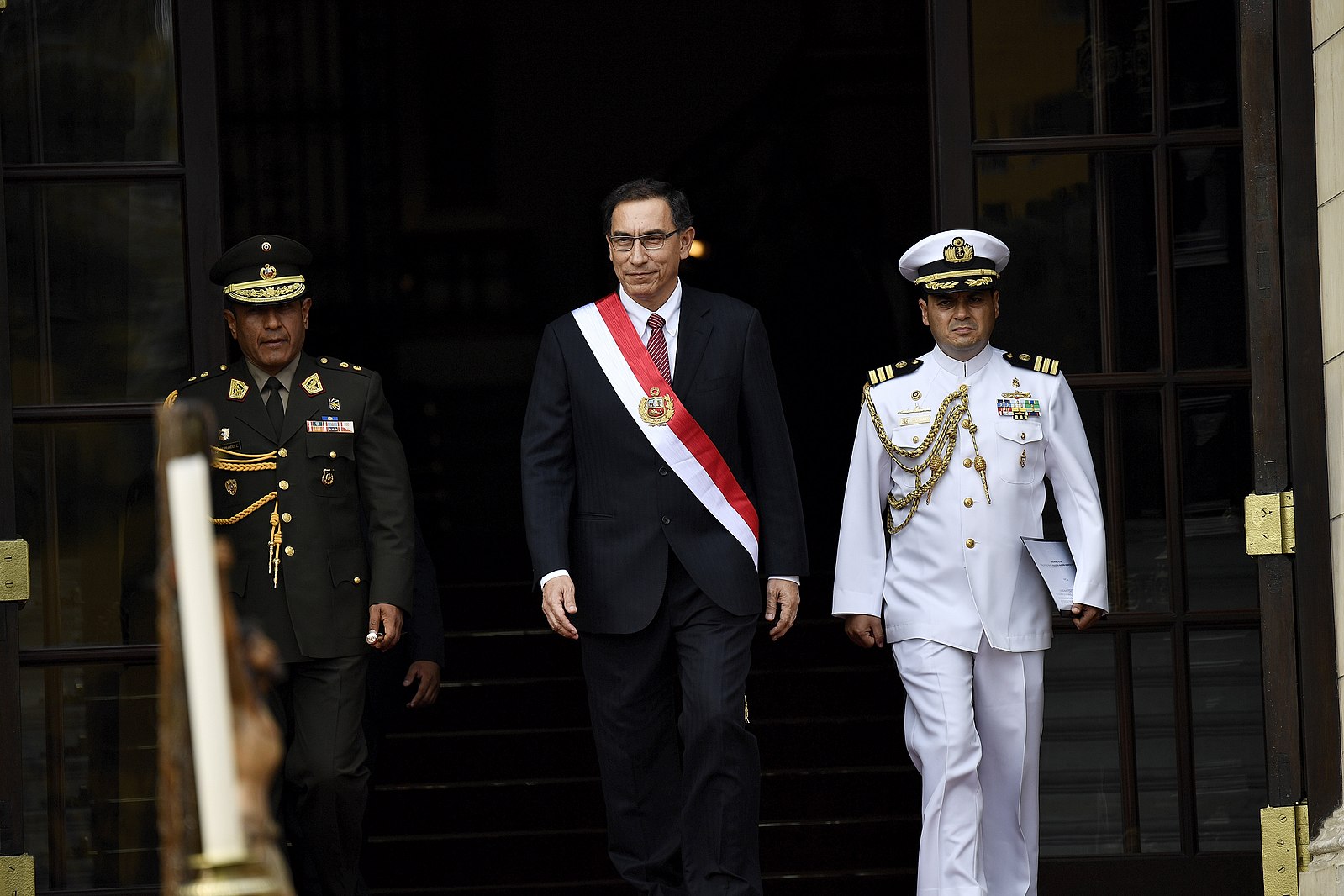 The Congress of the Republic of Peru voted Saturday to proceed with impeachment hearings against President Martín Vizcarra for moral incapacity. This is only the first step of the process, as only 65 out of the 130 members voted. To remove Vizcarra, 87 members must vote for his removal.

The allegations against Vizcarra stem from an investigation into a contract with Peruvian singer Richard Cisneros. The Ministry of Culture allegedly paid Cisneros 175,400 soles (USD $49,500) to deliver pro-government speeches. In leaked audio recordings, Vizcarra allegedly admits that he met with Cisneros and encouraged his staff to downplay the meetings.

Vizcarra vehemently denies any wrongdoing and has vowed not to resign. He says that the audio recordings, which were introduced by opposition leader Edgar Alarcón, were manipulatively edited. He acknowledges he knew Cisneros and met with him but states that he had no role in approving the contract Cisnero made with the culture ministry.

Despite the allegations, Vizcarra still has high approval ratings. A recent poll shows 60 percent of Peruvians approve of Vizcarra. Congress, in contrast, has only a 32 percent approval rating. Even those who believe Vizcarra should be investigated are skeptical of impeachment. Samuel Rotta of Transparency International noted that while there needs to be an investigation, “the case has been put together under dubious constitutional criteria, and it’s driven by private interests that want to stir chaos.” Other analysts agree that the abrupt impeachment of a popular president could cause political instability.

The proceedings began on Friday, and it is unclear when impeachment proceedings will begin, but Alarcón expects they will begin later this week. However, even if Vizcarra is not removed by impeachment, his tenure in office will end soon. Elections in Peru are set to occur in just seven months, and Vizcarra has already indicated he will not run for re-election.