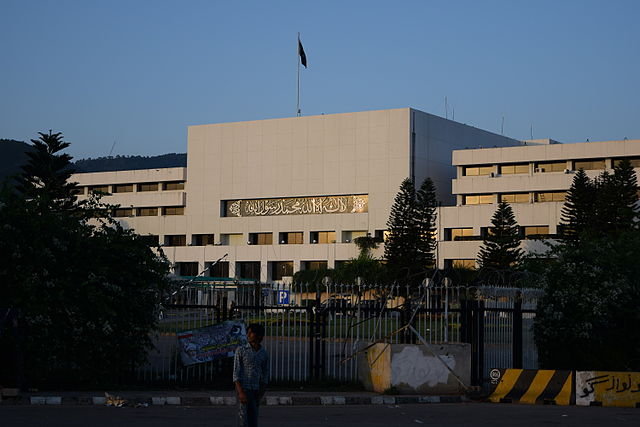 Amjad Ali Khan, a member of Pakistan’s ruling Pakistan Tehreek-e-Insaf (PTI) party, introduced legislation on Tuesday to make it a crime for a person to intentionally ridicule, bring into disrepute or defame the Armed Forces or a member of the Armed Forces. The punishment is imprisonment of up to two years or a fine that may extend 500,000 rupees (around USD $3,000).

“The purpose of this amendment is to prevent hatred and disrespectful behavior against the Armed Forces,” reads the bill’s statement of reason. The bill has to pass by a majority in the National Assembly and the Senate in order to become law. Prime Minister Imran Khan is a member of the PTI, but the PTI does not have a majority in the Senate.

Ajmad Ali Khan introduced the bill shortly after authorities arrested a journalist for being a vocal critic against the government.  Journalists in Pakistan have criticized his arrest as well as the introduction of the bill.  Pakistan Today’s editorial board wrote, “there needs to be a realization that criticism cannot be silenced by charges” and that the “statute books are already too cluttered with dead letters of the law to need the burden of any more.”

The editorial board also claims that, “despite the opposition majority in the Senate the bill cannot be defeated, because the government can easily hold a joint session of parliament to pass it, like it has in the case of FATF legislation.”