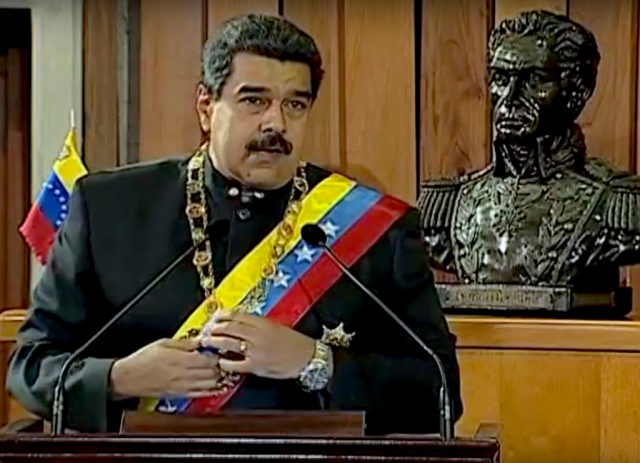 Venezuela’s President Nicolás Maduro on Monday ordered the EU ambassador Isabel Brilhante Pedrosa to leave the country within 72 hours. Her expulsion came hours after the EU placed sanctions on 11 Venezuelan officials for “undermining democracy and the rule of law in Venezuela.”

The sanctions are against those who were “responsible notably for acting against the democratic functioning of the National Assembly,” specifically in the removal of the democratically elected congressional president Juan Guaidó and his subsequent replacement by Maduro’s ally Luis Parra. Despite his removal, Guaidó has maintained the international support of the US and the EU.

The sanctions also stated that those included on the involved in “politically motivated prosecutions and creating obstacles to a political and democratic solution to the crisis in Venezuela, as well as serious violations of human rights and restrictions of fundamental freedoms, such as freedom of press and speech.” With the 11 new additions to the list, the new total number of those sanctioned is brought to 36 individuals affected by “a travel ban and an asset freeze.”

In a Monday broadcast on state television, Maduro reportedly said, “If they can’t respect Venezuela, then they should leave it.” He also added that “A plane can be loaned for her [Pedrosa] to leave,” because Venezuela’s air space is currently closed due to the ongoing COVID-19 pandemic.

The EU has not yet provided any formal comment on the situation. Pedrosa has not yet left the country.