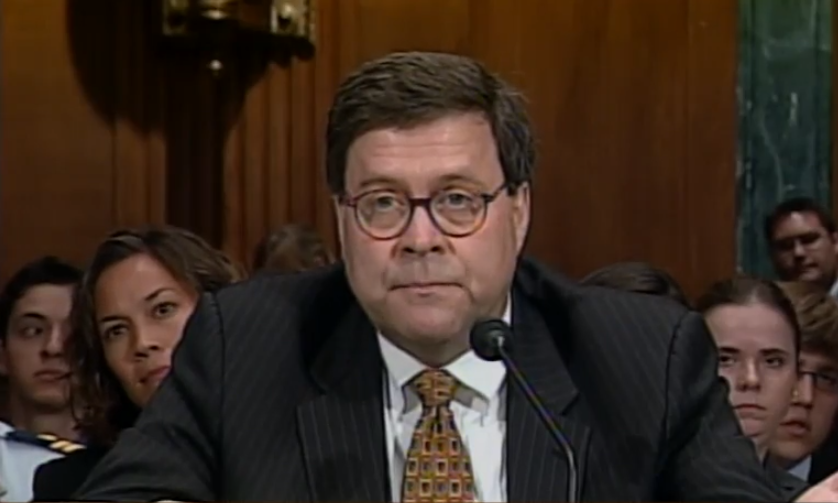 Nearly 1,300 former US Department of Justice (DOJ) called Wednesday for an internal investigation into Attorney General William Barr’s role in the violent clearing of peaceful protesters outside the White House last week.

This DOJ Alumni letter was written in response to Barr ordering law enforcement to clear protesters out of Lafayette Square with tear gas and rubber bullets in order to clear a path for President Donald Trump to walk to a nearby church for a photo opportunity.

We are deeply concerned about the Department’s actions, and those of Attorney General William Barr himself, in response to the nationwide lawful gatherings to protest the systemic racism that has plagued this country throughout its history, recently exemplified by the brutal killings of George Floyd and Breonna Taylor by sworn law enforcement officers acting under the color of law. These unjustified killings are anathema to the fair administration of justice, and have rightly outraged Americans of all races and political persuasions, many of whom have chosen to exercise their First Amendment rights through public protest. In particular, we are disturbed by Attorney General Barr’s possible role in ordering law enforcement personnel to suppress a peaceful domestic protest in Lafayette Square on June 1, 2020, for the purpose of enabling President Trump to walk across the street from the White House and stage a photo op at St. John’s Church, a politically motivated event in which Attorney General Barr participated.

The letter also expressed concern about Barr’s order to deploy federal law enforcement throughout the country to “participate in quelling lawful First Amendment activity.” More specifically, federal enforcement included officers and agents from the FBI, the Bureau of Alcohol and Firearms, the Drug Enforcement Administration, the Federal Bureau of Prisons and the US Marshals Service—none of whom are adequately trained in policing mass protests or protecting constitutional rights of protesters. Further, federal enforcement officers were not readily identifiable as their badge numbers were blacked out.

Those who have signed the letter believe that the American people have a right to know if Bare or any other DOJ employee has violated their constitutional rights.