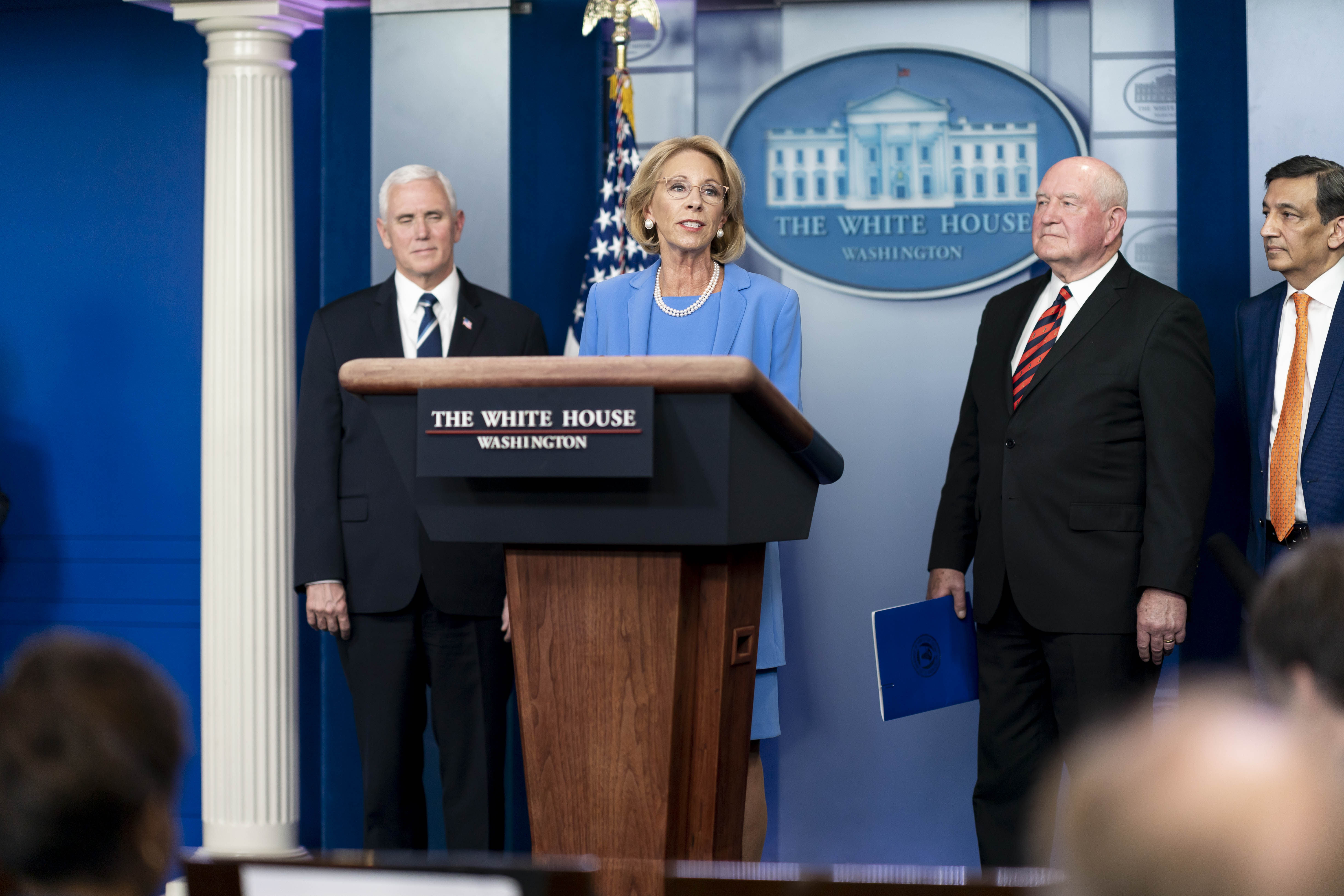 © US Dept. of Education

The US Department of Education issued final regulations on Wednesday impacting the ways in which schools covered under Title IX respond to incidents involving alleged sexual abuse and misconduct. The regulations significantly narrow the definition of sexual assault, require that all schools respond “promptly and supportively” to alleged victims of sexual harassment, and provide requirements for how schools are to to conduct proceedings for Title IX complaints.

The regulations adopt a definition of “sexual harassment” to include sexual assault, dating violence, domestic violence and stalking as unlawful discrimination on the basis of sex. Additionally, the regulations establish that Title IX applies to “off campus” sexual harassment at places such as school-owned or controlled housing, as well as school-sanctioned fraternity or sorority houses. Notably, the regulations restrict school liability for failure to comply with Title IX to instances where the school had actual knowledge of the allegations of sexual harassment. This position is much narrower than past guidance from the Department of Education where schools were considered open to liability for incidents about which the school reasonably should have been aware.

The regulations further mandate that all colleges covered under Title IX must now conduct “live hearings” where both the accused and victim may cross-examine one another. However, these live hearings remain optional at the elementary and secondary school levels. The rules require that during the hearing there shall be either a presumption of “non-responsibility” on the part of the accused, or dual-presumptions of credibility for both parties. In response to comments that such a presumption escalates the adversarial nature of Title IX proceedings, the Department of Education stated that such proceedings are “often inherently adversarial” and that a presumption of non-responsibility affirms the proper burden of proof, proper application of the standard of evidence, and the way in which an accused person should be treated pending the outcome of the grievance process.

Concurrent with the announcement of the new rules, the Office for Civil Rights (OCR) released a video outlining several new key provisions in the regulations. OCR is available to provide technical assistance and can be contacted at open@ed.gov.

Unlike past guidance from the Department of Education, the final regulations carry the force of law and will become effective on August 15, 2020.