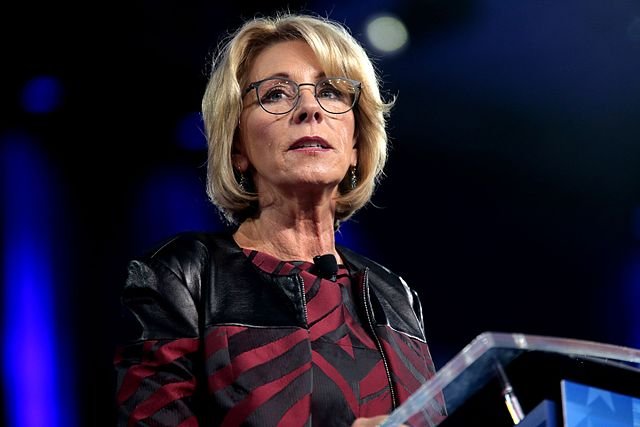 The American Civil Liberties Union (ACLU) and Stroock & Stroock & Lavan LLP joined together to file a lawsuit on Thursday against US Secretary of Education Betsy DeVos over new regulations regarding the handling of sexual harassment and assault on college campuses.

The Department’s new regulations offer further definitions for what conduct constitutes sexual harassment under Title IX, clarifying conditions requiring the complaint’s recipient to respond to allegations and how that complaint should be filed, and “[e]stablish procedural due process protections that must be incorporated into a recipient’s grievance process to ensure a fair and reliable factual determination when a recipient investigates and adjudicates a formal complaint of sexual harassment.”

The suit is being filed on behalf of various advocacy groups that focus on supporting students that have been sexually harassed or assaulted so they can continue their education. Some of the particular provisions of the regulations that the ACLU is challenging include reducing the kinds of situations that previously constituted sexual harassment, directing “schools to ignore many Title IX reports of sexual harassment and assault that occur off campus or during study abroad, including in students’ homes.” The suit also claims that the regulations are problematic because they impose requirements that the complaint be filed with a precise individual or it will not be investigated, and they allow or require schools “to use a higher standard of proof for reports of sexual harassment and assault than is required for other harassment proceedings.”

The new regulations were published on May 6 and are set to go into effect on August 14, 2020.