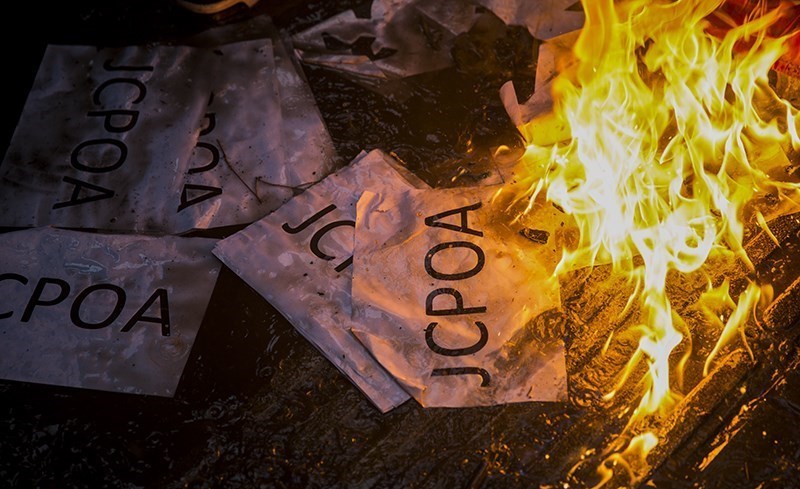 In a joint statement issued on Tuesday, France, Germany and the UK described their disappointment with Iran’s move to cease complying with the nuclear deal agreed in 2015, known as the Joint Comprehensive Plan of Action (JPCOA). Following Article 36 of the JPCOA, the three European countries will now formally refer the issue to the agreed upon mechanism for resolving disputes. A joint commission will hear arguments about Iran’s noncompliance via a roughly month-long process, and if that process fails, the matter could be referred to the UN Security Council. There, Iran could be placed back under the sanctions it received prior to agreement of the JPCOA

“Iran’s actions are inconsistent with the provisions of the nuclear agreement and have increasingly severe and non-reversible proliferation implications. We do not accept the argument that Iran is entitled to reduce compliance with the JCPOA,” the European Foreign Ministers wrote on Tuesday. “We do this in good faith with the overarching objective of preserving the JCPOA and in the sincere hope of finding a way forward to resolve the impasse through constructive diplomatic dialogue, while preserving the agreement and remaining within its framework. In doing so, our three countries are not joining a campaign to implement maximum pressure against Iran.”

Iran has eased its commitments to the provisions of the JPCOA bit by bit since 2018, when the US withdrew from the deal. On January 6, Iran said that it would no longer abide by the agreement’s limits on its ability to enrich uranium. The step accompanied heightened tensions between the US and Iran after a US drone strike killed an Iranian general in Baghdad. Iran contends that its noncompliance is permissible given sanctions that have been reinstated by the US.