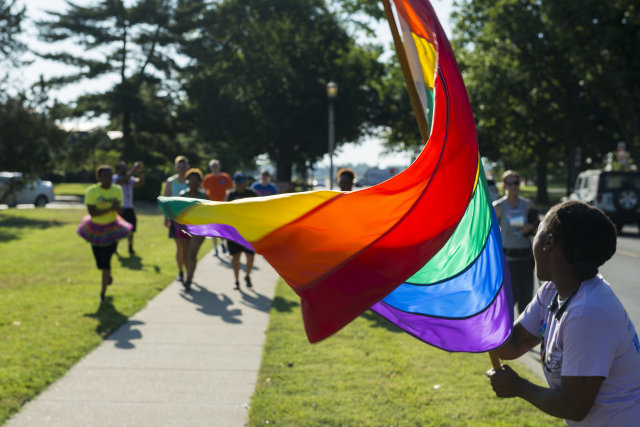 The Kentucky Supreme Court held Thursday that a non-profit LGBTQ+ organization lacked standing to bring a suit against a print shop that refused to make Pride festival t-shirts based on religious belief.

The Gay and Lesbian Services Organization (GLSO), a Kentucky non-profit organization that represents and advocates for the LGBTQ+ community, filed a complaint in 2012 with the Lexington Human Rights Commission after Hands On, a local print shop, refused to print t-shirts promoting the city’s Pride Festival. The owner of the print shop refused to make the shirts because of religious beliefs but referred GLSO to another local shop to have the shirts made. The Commission ordered Hands On to print the shirts and attend diversity training. In the ensuing appeals, the state trial court court reversed the Commission’s decision and held that the shop was within its rights to refuse the order, and the court of appeals affirmed the lower court’s decision.

The Kentucky Supreme Court held that in order to have standing to bring a suit in a state discrimination case, the plaintiff must be “one or more individuals.” The Court interpreted that an individual must have at least a one human. As a result, GLSO, as an organization, did not have the standing to bring a case. The Court further concluded that it was unnecessary to determine whether GLSO was a protected class.

This case was dismissed by Kentucky Supreme Court unanimously with one concurring opinion, which stated that Hands On’s objection to the message it was being asked to print was done in good faith and not discriminatory even if GLSO had standing to sue.