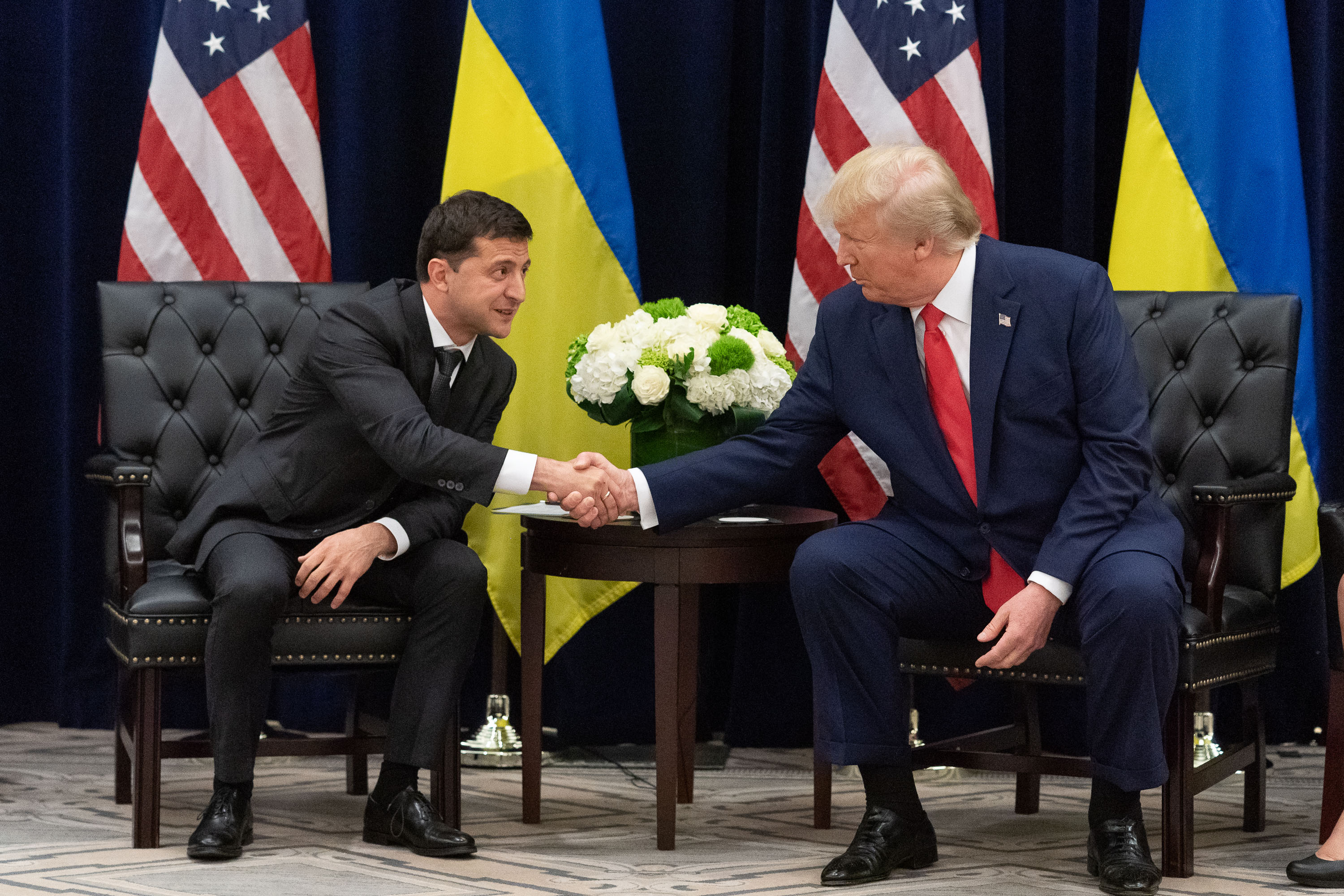 © WikiMedia (The Presidential Office of Ukraine)

Two impeachment hearings were held on Tuesday as the House Intelligence Committee continued their inquiry into US President Donald Trump’s conversation with Ukrainian President Volodymyr Zelensky from July. During the first hearing, Lieutenant Colonel Alexander Vindman and Jennifer Williams testified. Lt. Col. Vindman and Williams listened in on Trump’s call to Zelensky.

Williams, an adviser on Russia and Europe to Vice President Mike Pence, began with her opening statements. Representative Jim Hines (D-CT) asked Williams how she felt after being named in a tweet by Trump. Williams said she had not expected to be mentioned by name. Representative Sean Patrick Maloney (D-NY) asked Williams to verify her testimony that she found the phone conversation “unusual.”

Lieutenant Colonel Vindman, a National Security Council expert on Ukraine, discussed how the conversation struck him as “inappropriate and improper”. Representative Devin Nunes (R-CA) asked Vindman about to identify the people he spoke with regarding the phonecall. In an attempt to protect the identity of the whistleblower who leaked this contested phone call, Vindman refused to name one of those people.

Republicans spent many of their minutes highlighting that none of the depositions contained the word “bribe” when discussing Trump’s call with Zelensky.

The second hearing included the testimony of Kurt Volker and Tim Morrison. Morrison, former National Security Council (NSC) Director for Russia, responded to questioning regarding why the phone conversation was placed on a classified server. He testified that the issue had been an “administrative error.” Morrison also explained that he did not understand investigating former Vice President Joe Biden and his son Hunter as a “policy objective.” Toward the end of his testimony, Morrison noted that some people at the NSC had voiced their concerns to him over Vindman and the possibility that he could have leaked information.

Ambassador Volker, the former US Special Envoy to Ukraine, began his testimony defending Former US Ambassador to Ukraine Marie Yovanovitch, who testified in the hearings last week. Volker described Yovanovitch as “an incredibly competent professional.” Volker explained that his understanding of the information he learned in the past has changed. Essentially, Volker had believed when people referenced “Burisma” and “the Bidens” that they were discussing two separate things. He admitted to Representative Adam Schiff (D-CA) that after receiving more information he became aware that they were regarded as”synonymous.”

The hearings will continue on Wednesday where Gordon Sondland, Laura Cooper and David Hale will testify.