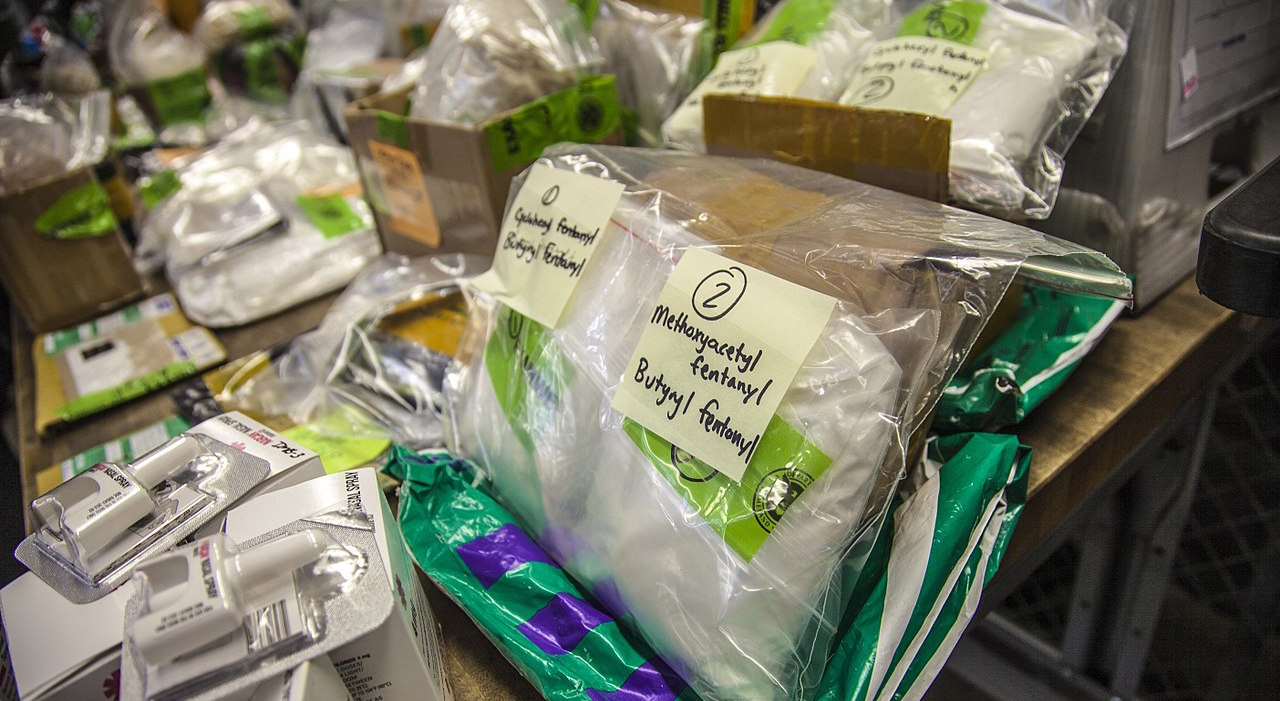 ©WikiMedia (US Customs and Border Protection)

A Chinese Intermediate Court on Thursday sentenced nine fentanyl traffickers who conspired to manufacture and sell illicit drugs in violation of the national drug management law.

This case arose when defendants Wang Fengxi and Xia zengqi registered “Tang Shen Technology Bio Co., Ltd.” and “Milin Biotechnology Co., Ltd.” to carry out the sales of pharmaceutical intermediates. Based on the needs of buyers outside the US, Wang purchased fentanyl, alprazolam and other drugs from defendants Liu Yong and and Jiang Juhua, and finally smuggled them out through international express delivery.

The Chinese police busted this drug ring with the help of a phone number provided by the US Department of Homeland Security Immigration Customs Enforcement Bureau in the Guangzhou Office. The court found Jiang provided 50,000 yuan for the development of fentanyl for Liu in May 2017. In October 2017, Jiang sold 285.08 grams of fentanyl produced by Liu to the defendants Wang and Xia at 5,900 yuan.

On December 5, 2017, the investigating agency seized the equipment, raw materials and various products produced for the production of fentanyl in the laboratory rented by Liu, among which 5017.8g fentanyl and 3,381.16g methicillin were seized. Liu Yong was sentenced to death with a two-year reprieve, while Jiang Juhua and Wang Fengxi were sentenced to life in prison. Six other members of the operation received lesser sentences, ranging from six months to 10 years.

This case is an example of the cooperation between the anti-drug law enforcement departments of China and the US in jointly cracking down on fentanyl-like substances.