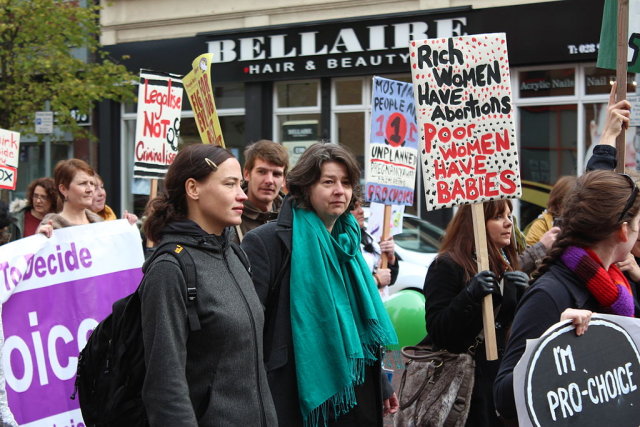 It is reasonable to say that it cannot be considered good practice to seek to take legislation through the House on a given day without time for scrutiny or for Members to amend it. I realise that many Members will be unhappy with this ruling, but, in conclusion, I am clear that the Assembly cannot do any business until a Speaker and Deputy Speakers are elected.

Abortion laws typically fall within the local government’s scope, but the collapse of Northern Ireland’s local government in 2017 gave the British Parliament the opportunity to step in and update the abortion laws to parallel the rest of the UK. Monday’s Northern Ireland Assembly marks the first since March 13, 2017. The first item of business for each Assembly is to elect a Speaker and Deputy Speakers.

The Social Democratic and Labour Party refused to support a new Speaker. The SDLP’s refusal to back a Speaker kept the Assembly from moving forward with the preventative legislation because “if a Speaker and at least two Deputy Speakers are not elected, no further business can proceed.” The SDLP was concerned that this was not substantive movement toward reforming the Assembly, but was instead a political stunt.

We will gladly take part in those institutions but we will not be party to a stunt that is using and abusing people’s emotions and sensitivities over a very difficult issue, which could have been dealt with at any point over the last 1,000 days. However, because this is not a serious attempt to do that and because it will only undermine the principles of the Good Friday Agreement and the fundamental thing the people voted for, we will not participate in this stunt any longer and we will not provide cross-community support for the election of a Speaker.

Due to the impasse in the Assembly, the British Parliament’s reforms took effect at midnight.