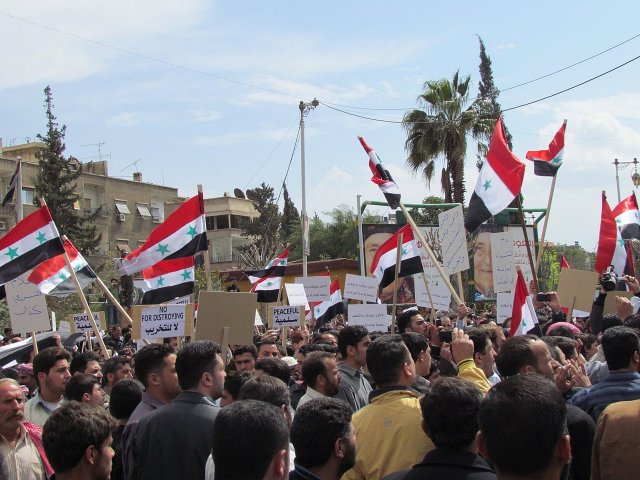 German federal public prosecutors charged two suspected former Syrian intelligence officers with “more than 4000 alleged cases of torture” in the Higher Regional Court in Koblenz in October. The case, which is anticipated to start in 2020, will be the “first criminal trial worldwide” over alleged crimes against humanity in Syria.

The defendants are Anwar R and Eyad A, whose last names have been withheld under German law. The two left Syria in 2012 and 2013, respectively, and sought asylum in Germany. However, both were arrested by authorities in February. The European Center for Constitutional and Human Rights (ECCHR) confirmed the allegations in a press release, saying:

The trial in Koblenz is the result of a series of criminal complaints regarding torture in Syria, which ECCHR and nearly 50 Syrian torture survivors, relatives, activists, and lawyers have filed since 2016 in Germany, Austria and Sweden.

Anwar R. is suspected of being involved in the torture of at least 4000 people between 2011 and 2012 in the General Intelligence Al-Khatib Branch in Damascus. This torture resulted in the death of 58 people, and included two cases of sexual violence. Anwar R.’s colleague, Eyad A., has been charged with torture in at least thirty cases.

The two men are believed to have been members of Syria’s General Intelligence Directorate (GID), Syria’s most influential civilian intelligence branch. The GID has faced accusations that it participated in the violent suppression of opponents to the Assad regime and systemically utilized torture in its prisons. Anwar is believed to have “assigned and directed operations” at one such prison where “detainees were subjected to ‘systematic and brutal torture.'”

Notably, the court is hearing the case under the legal doctrine of universal jurisdiction, which “refers to the idea that a national court may prosecute individuals for serious crimes against international law” under the theory that “such crimes harm the international community.” Universal jurisdiction provides a path forward for a court to hear cases that it would otherwise be unable to decide. As Syrian nationals who committed their alleged crimes in Syria against other Syrian nationals, a German court would traditionally lack the jurisdiction to try the cases against Anwar and Eyad. Usually, the accused men would be extradited to their home country, where they would then stand trial. However, because the alleged crimes were allegedly carried out at the behest of the Assad government, it is feared that the defendants would not face a trial in Syria if they were returned. Universal jurisdiction, therefore, allows the German court to try these individuals in Germany.

German courts have also issued arrest warrants for many other Syrian officials in connection with charges of torture and violence in the country. Most prominently, Germany’s Federal Court of Justice, the highest authority in German criminal matters, has issued an arrest warrant for Jamil Hassan, the former head of the Syrian Air Force Intelligence Service.