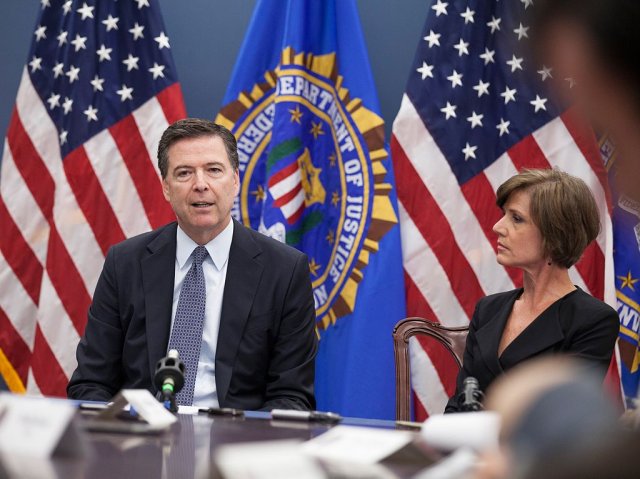 Seven memoranda that span January 6, 2017, through June 6, 2017, were subject to the investigation. The memos were all generated by Comey, who used the FBI’s computer system to log details about meetings held with President Donald Trump, then-Chief of Staff Reince Preibus and then-National Security Advisor Michael Flynn.

The investigation explains that Comey kept four memos at his home and failed to inform the FBI that he retained them after his removal from his Director position.

The Office of the Inspector General (OIG) concluded that these retained memoranda are official FBI records subject to Comey’s FBI Employment Agreement and applicable policies. By providing unclassified memos to a friend, who in turn shared memos with a reporter, official FBI information pertaining to a sensitive investigation was disseminated. Additionally, one memo provided to private attorneys included “confidential” level classified information regarding foreign countries discussed by Trump.

OIG submitted these findings to the DOJ, which declined to prosecute Comey. This report has now been provided to the FBI and DOJ Office of Professional Responsibility for their review and decision making.