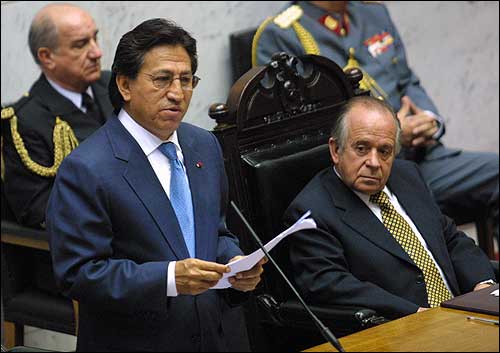 Alejandro Toledo, a former president of Peru, was arrested in California on Tuesday on an extradition order for his alleged role in the Odebretch corruption scandal.

Toledo is facing corruption charges in Peru for accepting bribes from Brazilian construction giant Odebretch while he was in office from 2001-2006. The Odebretch scandal spans 12 countries and involves over $800 million in bribes, some of which may be connected to construction contracts for the Rio Olympics in 2016 and the FIFA cup in 2014.

Toledo is alleged to have received $20 million in bribes from Odebretch. He escaped to the US following a 2017 raid on his home in Peru. While Toledo maintains his innocence, a US magistrate has ordered that Toledo remain in custody until his hearing on Friday.