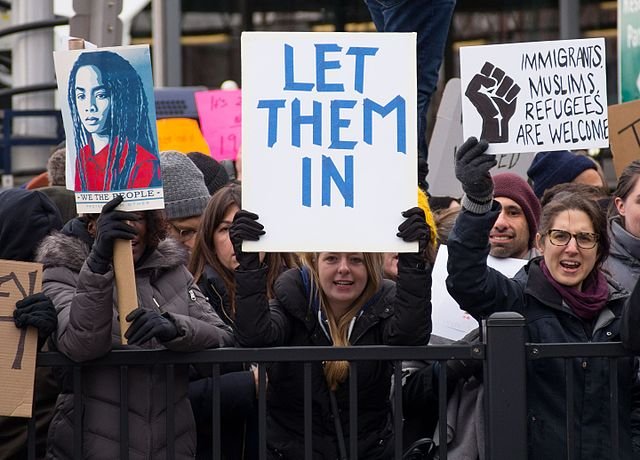 Judge Victoria Roberts of the US District Court for the Eastern District of Michigan ruled Wednesday that a lawsuit by the Arab American Civil Rights League against Proclamation No. 9645, the Trump Administration’s third iteration of of the so-called travel ban that restricts travel from seven countries, can move forward.

The Proclamation states that, after consultation with the Director of Homeland Security and the Attorney General, and based on their assessment of threats against the United States from nationals traveling from the seven enumerated countries, “entry should be subject to certain restrictions, limitations, and exceptions.”

The administration sought to have the lawsuit dismissed based on the Supreme Court’s ruling in Trump v. Hawaii, in which the court held that under §1182(f) of the Immigration and Nationality Act (INA), the president is granted broad discretion to lawfully decide “whether and when to suspend entry, whose entry to suspend, for how long, and on what conditions.”

Roberts held in the present case that, “although the Proclamation is facially neutral, its impact falls predominantly on Muslims.” Even though the administration added Venezuela and North Korea to the ban, Roberts found that it is targeted toward Muslims, as the President originally emphatically stated.

Accepting Plaintiffs’ allegations as true and drawing all inferences in their favor—as is required at this stage—it is reasonable to infer that the “morphed” executive orders and “companion” Proclamation “rest on an irrational prejudice against [Muslims],” … and are “inexplicable by anything but animus toward [Muslims],” … especially considering that President Trump admitted that the “Muslim ban” only morphed into “extreme vetting” because “people were so upset” when he vociferously discriminated against Muslims.

Roberts held that the proclamation violates the Establishment Clause of the First Amendment, the equal protection component of the Fifth Amendment’s Due Process Clause, and the plaintiffs’ First Amendment rights to freedom of speech and association.