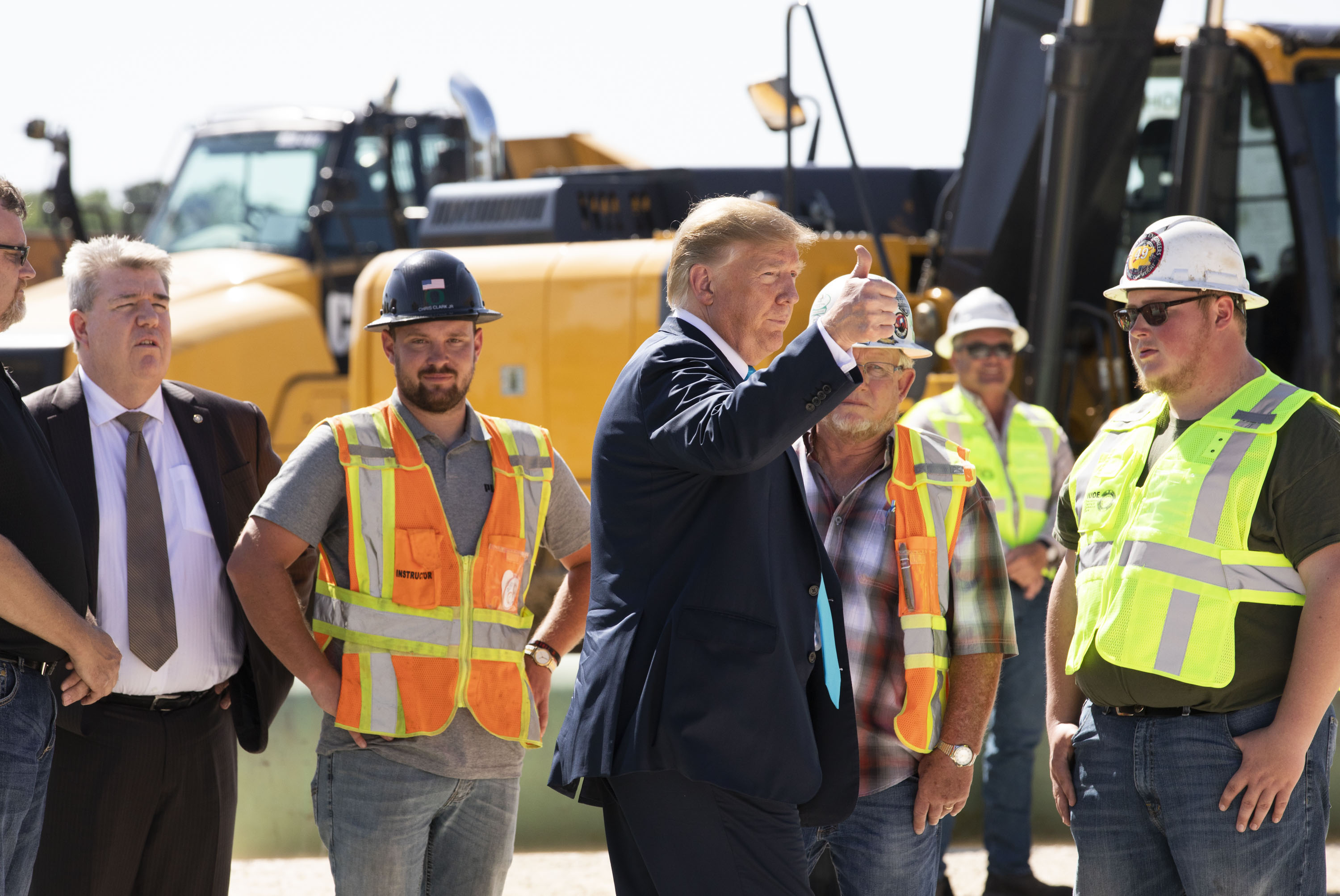 US President Donald Trump delivered a speech in front of an audience of operating engineers in Crosby, Texas, on Wednesday and promised to make it easier for them to construct oil and gas pipelines before signing two executive orders.

Trump said that the US has “made a lot of progress in the last two and a half years,” noting that we “took down a lot of barriers … to production.”

According to a statement from the White House on Wednesday, the goal of the orders is to “streamline Federal processes surrounding energy infrastructure development.”

The first order gives the president exclusive authority to “issue, deny, or amend a permit” for various types of infrastructure projects at the international boundaries of the US. Three main categories of projects are covered under this order.

First, it includes the construction of pipelines, conveyor belts, and other means of transporting any types of products like oil, natural gas, cable TV, electricity, etc.

Second, it includes the construction of facilities for the import or export of water or sewage, as well as any type of facility that transports any person or thing to or from a foreign country.

Lastly, it would encompass any bridges that are not subject to congressional approval, or border crossings for land transportation that fall outside the realm of “facilities” as defined in other sections.

The second order lays out a policy “to promote private investment in the Nation’s energy infrastructure.” The policy goals outlined in the order are aimed at streamlining the permitting process for infrastructure projects, updating regulations to reflect best practices and best-available technologies, timely action, increased regulatory clarity, stewardship of US natural resources and the promotion of a free market.

It further calls for the administrator of the Environmental Protection Agency (EPA) to review section 401 of the Clean Water Act and all related regulations and guidance to conform the EPA’s position with the policy goals set forth in the order.

Section 401 requires applicants seeking federal permits for projects that could potentially pollute protected waters to get certification from the states where any potential contamination might happen. The EPA shall engage with States, tribes, and other executive agencies to examine and update interim guidance titled, “Clean Water Act Section 401 Water Quality Certification: A Water Quality Protection Tool for States and Tribes,” and to issue new guidance and regulations that promote more private investment in energy infrastructure.

The order also directs the Department of Transportation to propose a notice and comment period for a rule “that would treat [liquefied natural gas (LNG)] the same as other cryogenic liquids and permit LNG to be transported in approved rail tank cars” instead of the current rule of transporting it by rail strictly in portable tanks.