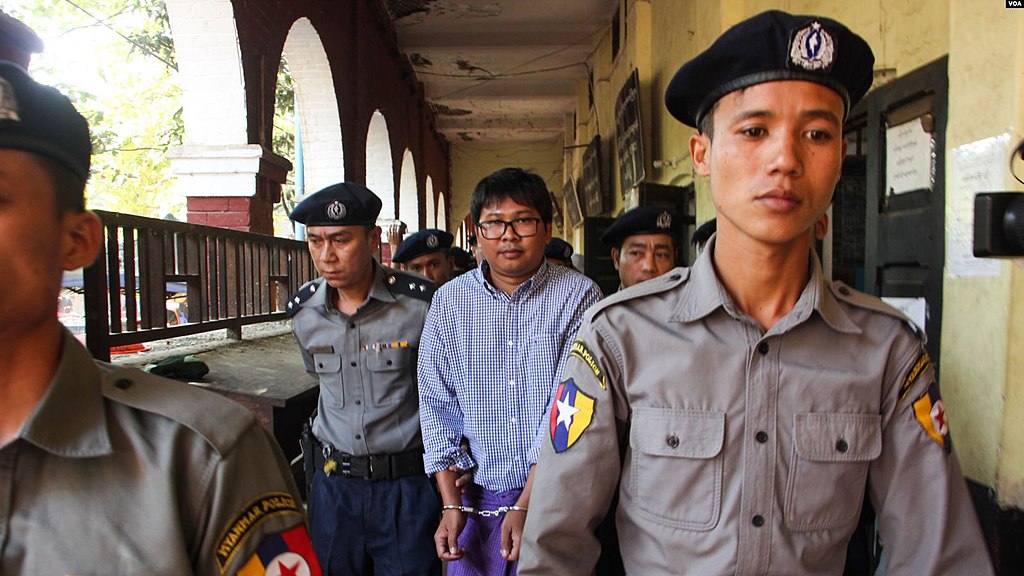 The Myanmar Supreme Court of the Union on Tuesday rejected the appeals of two Reuters journalist who were sentenced to seven years in prison for violating the Official Secrets Act.

Wa Lone and Kyaw Soe Oo were detained in December 2017 while investigating the killing of 10 Rohingya Muslim men and boys. They were alleged to have obtained secret documents and to have contributed to the killings. At trial, a police officer admitted to planting the documents on the men, and the military took responsibility for the killings. The two reporters were still convicted and detained in Yangon’s Insein prison.

The Supreme Court rejected this second appeal, saying, “They were sentenced for seven years and this decision stands, and the appeal is rejected.” The Yangon Regional High Court also rejected the reporters’ first appeals in January, saying the reporters’ actions showed intent to harm the country.

The court’s decision has been condemned by human rights groups and free press advocates. US Vice President Mike Pence condemned the decision, saying, “Wa Lone & Kyaw Soe Oo [should] be commended—not imprisoned—for their work exposing human rights violations & mass killings. Freedom of religion freedom of the press are essential to a strong democracy. We call on the Gov’t of Burma to reverse this ruling & release them immediately.”

Earlier this month Kyaw Soe Oo and Wa Lone were awarded the Pulitzer Prize for their international reporting and investigation on the violence against Rohingya Muslims.