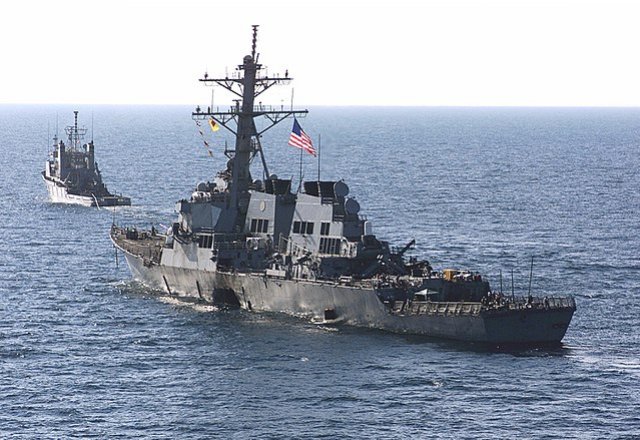 The US Supreme Court on Tuesday ruled against the victims of the attack on the USS Cole and their families.

The opinion, authored by Justice Samuel Alito, held that the Republic of Sudan was improperly served and cannot have a default judgement entered against them.

The USS Cole entered the harbor of Aden, Yemen, to refuel in October 2000. While refueling, explosives were detonated next to the boat that killed 17 crew members and injured dozens more. Al Qaeda claimed responsibility for the attack, and the victims sued the Republic of Sudan for giving material aid to the organization.

The Foreign Sovereign Immunities Act of 1976 (FSIA) immunizes foreign states from suit unless an exception applies, as in this case. One method of service allowed under the act is by mail, with signed receipt, addressed “to the head of the ministry of foreign affairs of the foreign state concerned.”

The victims sent their service packet to the Sudanese Embassy in the US, addressed to the Minister of Foreign Affairs with a signature requested. Sudan failed to appear in District Court, and the victims received a default judgement.

Alito wrote that the noun “address” means “a residence or place of business” and that the Sudanese Embassy is neither of these for the Minister. The language to “dispatch” the packet and the requirement of a return receipt implied direct delivery to the addressee.

Additionally, service via an agent could have been included in the statute if Congress so intended, but it was not. Requiring the packet to be sent directly to the Minister better harmonizes with the language of the statute.

Alito left off saying that adherence to strict rules is important when diplomatic implications are at stake, “even when the equities seem to point in the opposite direction.”

Justice Clarence Thomas dissented alone. He argued that, while this bright line rule is attractive, the FSIA does not preclude the mailing of a service packet to a country’s US embassy. Additionally, the Embassy was free to decline the service if they did not think it was proper.